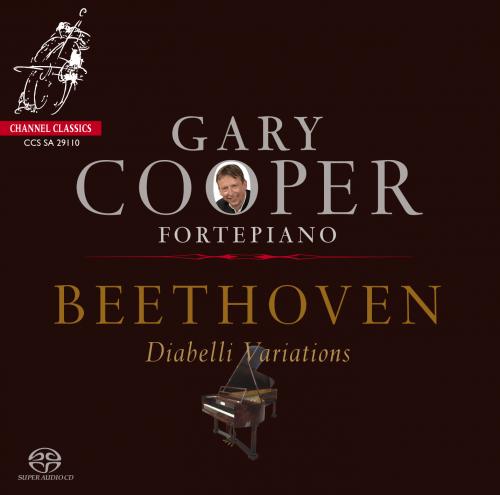 The decision to use a historic Viennese instrument for this recording – built in the very year Beethoven completed his Diabelli Variations – is, in one sense, self-explanatory. Newly & magnificently restored by Edwin Beunk, the Walter und Sohn grand piano featured here is both a beautiful & charming instrument. In approaching the timeless, expansive sound world of Beethoven’s late, great works, any piano is constantly tested; historic instruments not far off two hundred years old additionally so! This is the first commercial recording, to my knowledge, which attempts to place this particular masterpiece firmly in the sound-world of the early 1820s, when it was conceived and first played. In the process of doing so, previously hidden colours and textures may well be revealed to the listener: for pianos of this period have everything to do with colour, while at the same time having very little to do with sheer power, brilliance of clarity, or a capacity to sustain effortlessly: the sound-world to which we are mostly accustomed in the C21st. Therefore, the challenge to both instrument and performer using historic pianos is appreciably great (including occasional moments of audible pedal & action noise, for which I ask the listener’s patience and understanding) but I feel well worth the effort, since only additional rewards can be attained in serving to illuminate areas of this immense, mystical, timeless work of art from differing perspectives.