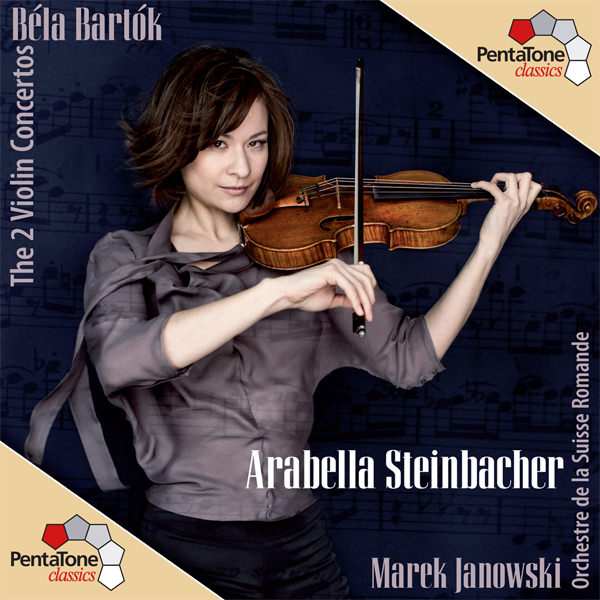 Whilst unfulfilled passion and unre- quited love have driven many to depression, Béla Bartók was able to sublimate such personal disappointment into exuberant creativity. In February 1908, after his passionate courting attempts had been rejected by the Swiss violinist, Stefi Geyer, Bartók wrote her: “Having read your letter, I sat down at the piano – and had the sad premonition that, in life, music is to be my only consolation.” He illustrated these lines with a musical quotation which included the broken major-seventh chord, c-sharp – e – g-sharp – b-sharp, adding the words: “This is your leitmotiv.” It will have been particularly bitter for the composer that he had completed the score of the violin concerto, which had been written for Stefi, and into which he had poured his profound feelings for her, just a few days before her rejection. It is also to her that he dedicated the concerto, which, as in “a narcotic dream” (Römer), had been inspired a year earlier by his intoxicating love for her, but he did not do so without adding a tragic poem by Béla Balázs to the autograph score. Stefi Geyer kept the score until her death in 1956, with- out every performing the concerto publicly. It was not until 30 May 1958, thirteen years after Bartók’s death, that the concerto finally had its first public performance, in Basel, under the baton of Paul Sacher, with Hansheinz Schneeberger as soloist.

Though he was not himself a violinist, Béla Bartók managed to compose two incredible violin concertos, the second of which is considered by some to be the most important violin concerto of the 20th century. The first concerto was written for the unrequited love of his youth, violinist Stefi Geyer, who never performed the work publicly and kept hold of the manuscript until her death in 1956. The two-movement work is filled with references to Bartók’s relationship with her; the first movement luxuriously romantic and the second a pyrotechnic display of sheer virtuosity. The Second Concerto came about nearly two decades later from a commission. Though the work is in a Classical three-movement format, the inner workings are a mesmerizing series of motivic variations entirely of Bartók’s design. Performing on this PentaTone Classics album are violinist Arabella Steinbacher and the Orchestre de la Suisse Romande under Marek Janowski. Steinbacher continues in her recent trend of producing exemplary recordings and joining forces with equally refined orchestras. Both concertos are executed with virtually flawless technical accuracy: polished intonation, precise rhythm and articulation, and a right arm that equally creates long, flowing lines and aggressive, forceful accents. Steinbacher’s connection with the score is clear as she guides listeners through the emotions of the First Concerto and the ingenious variations of the Second. Janowski leads his orchestra in a sensitive yet robust accompaniment, and PentaTone’s sound is rich, full, and clear. –AllMusic Review by Mike D. Brownell