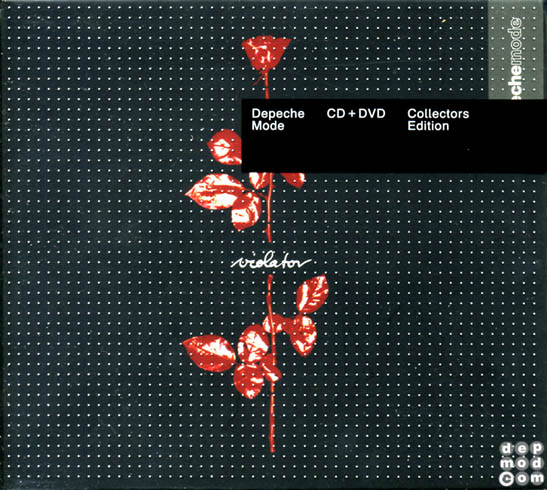 Preceded by the hit singles “Personal Jesus” and “Enjoy the Silence” (a top-10 hit in both the UK and US), Violator propelled the band into international stardom. The album yielded two further hit singles, “Policy of Truth” and “World in My Eyes”. Violator is the band’s first album to reach the top 10 on the Billboard 200, peaking at number seven. It was supported by the World Violation Tour.

In a word, stunning. Perhaps an odd word to use given that Violator continued in the general vein of the previous two studio efforts by Depeche Mode: Martin Gore’s upfront lyrical emotional extremism and knack for a catchy hook filtered through Alan Wilder’s ear for perfect arrangements, ably assisted by top English producer Flood. Yet the idea that this record would both dominate worldwide charts, while song for song being simply the best, most consistent effort yet from the band could only have been the wildest fantasy before its release. The opening two singles from the album, however, signaled something was up. First was “Personal Jesus,” at once perversely simplistic, with a stiff, arcane funk/hip-hop beat and basic blues guitar chords, and tremendous, thanks to sharp production touches and David Gahan’s echoed, snaky vocals. Then “Enjoy the Silence,” a nothing-else-remains-but-us ballad pumped up into a huge, dramatic romance/dance number, commanding in its mock orchestral/choir scope. Follow-up single “Policy of Truth” did just fine as well, a low-key Motown funk number for the modern day with a sharp love/hate lyric to boot. To top it all off, the album itself scored on song after song, from the shuffling beat of “Sweetest Perfection” (well sung by Gore) and the ethereal “Waiting for the Night” to the guilt-ridden-and-loving-it “Halo” building into a string-swept pounder. “Clean” wraps up Violator on an eerie note, all ominous bass notes and odd atmospherics carrying the song. Goth without ever being stupidly hammy, synth without sounding like the clinical stereotype of synth music, rock without ever sounding like a “rock” band, Depeche here reach astounding heights indeed.  ~~ AllMusic Review by Ned Raggett