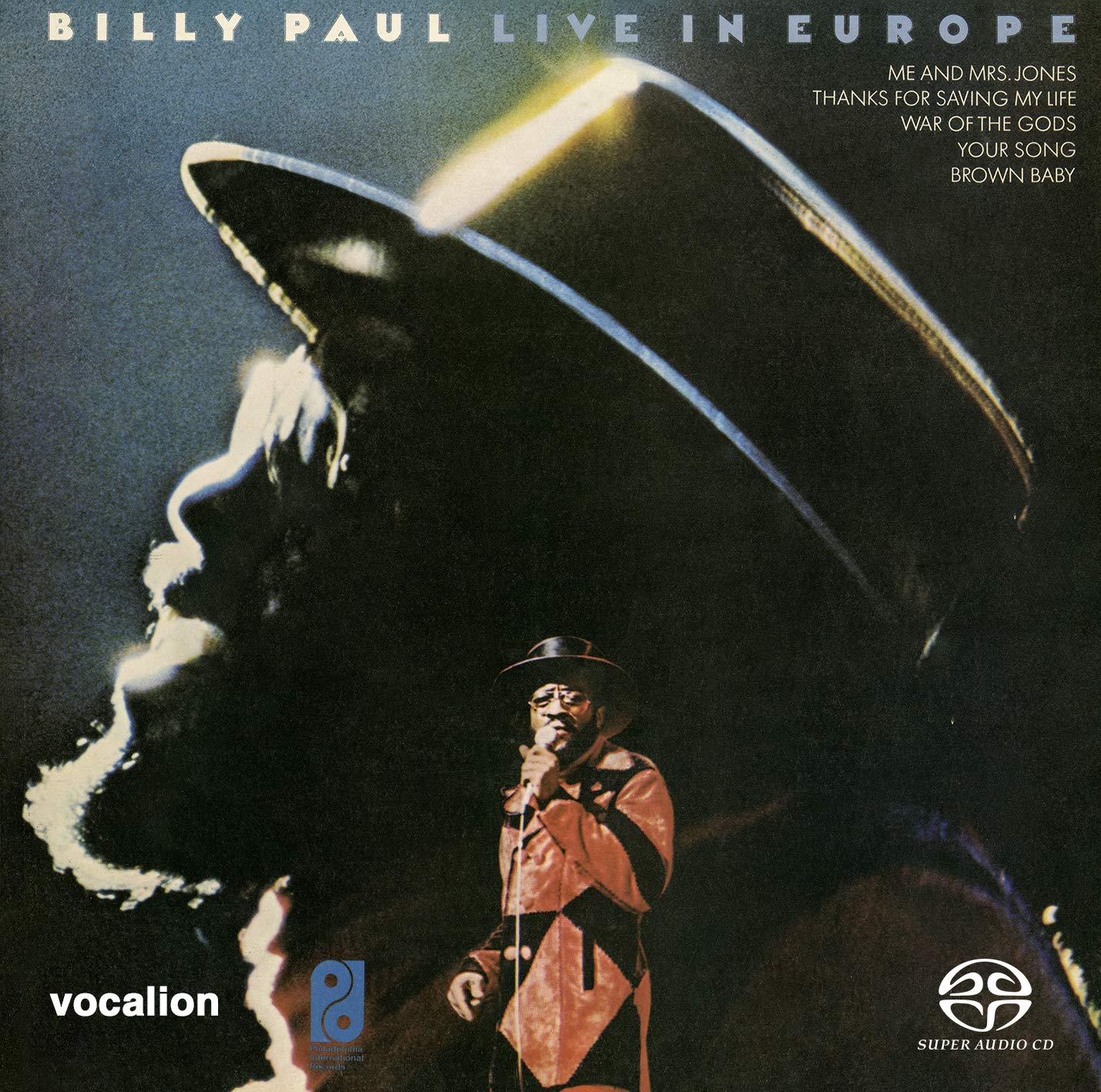 A really majestic live set from Billy Paul – recorded in the UK at the height of his greatest fame – but in a way that features plenty of longer tracks that really let Billy stretch out and do his thing! Given this expanded setting, there’s a surprisingly righteous feel to most numbers – a sound that continues the groove of Going East and War Of The Gods, and also features a bit more of Paul’s presence as an entertainer on the stage. The album’s a beautiful illustration of the fact that Billy was easily one of the hippest artists working for Philadelphia during the early days – and it offers up some tremendous transformations of the tunes “Thanks For Saving My Life”, “Your Song”, “Me & Mrs. Jones”, “War Of The Gods”, and “Brown Baby”.

Former jazz vocalist Billy Paul found R&B success in the ’70s on Philadelphia International doing a mix of anguished ballads, sophisticated originals, and reworked standards. But Paul was not a great live vocalist either as a jazz or soul singer, something that was evident on this mid-’70s set. No matter how polished or well-rehearsed the backing band, Paul’s flaws couldn’t be covered as smoothly in a concert setting, and they’re revealed along with his strengths – timing, a good delivery, and decent range and interpretative skills.