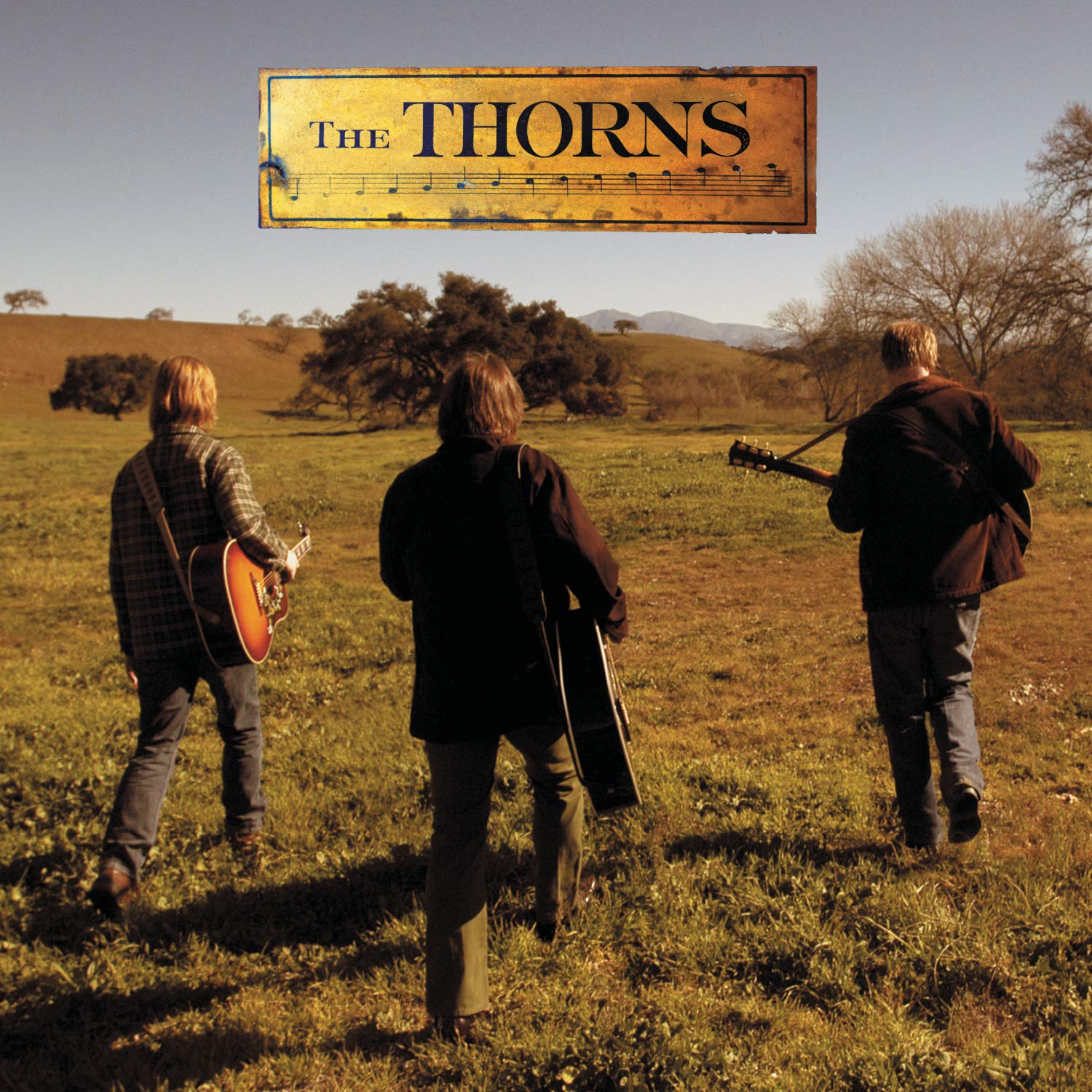 The history of rock is scattered with the wreckage of supergroups who turned out to be less than super (and one or two who turned out OK). The Thorns were built in the tradition of the supergroup, though the members are actually less than superstars. Two of the three Thorns, Pete Droge and Shawn Mullins, are best known as one-hit wonders (1994’s “If You Don’t Love Me, I’ll Kill Myself” and 1998’s “Lullaby,” respectively), while the third, Matthew Sweet, has had a career with one great album (1991’s Girlfriend) and a few uneven ones. From their soaring vocal harmonies, chiming guitars, classic rock songs, and plaintive lead vocals, the obvious comparison to make is that The Thorns are a junior-league Crosby, Stills & Nash or a more earnest Traveling Wilburys (with whom they share drummer Jim Keltner). Indeed, comparisons to classic rock acts come easily: America, the Beach Boys, Bread, Crosby, Stills & Nash (no Young), Fleetwood Mac, the Jayhawks (whose “Blue” the band does a near note-perfect cover of on the album), and Tom Petty are clearly influential. The Petty comparison is particularly useful because over half the songs on The Thorns sound like they could have shown up on a recent Tom Petty album. “Long Sweet Summer Ground,” “No Blue Sky,” and especially “Runaway Feeling” have the straight-ahead, chunky rhythm of late-period Petty, as well as the chiming guitars and, above all, the drawled, laconic vocals (Droge at times sounds like he’s channeling Petty’s voice). That reliance on late-period Petty gets wearying, and it sounds at times like the threesome were more interested in replicating a classic rock band than producing any classic tracks. The most successful songs are those that either embrace their influences so fully that they become glorious reproductions or those that dispense with the idol worship altogether. In the first category is “Think It Over,” a sure hit for CSN or America if they had recorded it in the late ’60s or early ’70s that glides along on lush harmonies and a resigned yet hopeful lead vocal, underpinned by a graceful back-porch rhythm and some Beach Boys-style bass harmonica. It also benefits from what many of the songs here lack, a memorable melody. In the second category are two Sweet songs that venture to interesting places outside the group’s somewhat restricted sound. “Thorns” is a fun and bouncy garage rocker that has a bit of attitude and fun; the backing vocals are a real kick. “Now I Know” is a near a cappella song with the group vocals backed by restrained strings. The harmonies, as they are throughout the entire record, are beautiful, and the song is quite affecting and unique. The Thorns have a warm and inviting sound, with entrancing harmonies, but too often there’s no substance behind the sound. In fact, despite the good songs and decent performances, it’s difficult to escape that classic letdown-by-a-super(ish)group-again feeling.