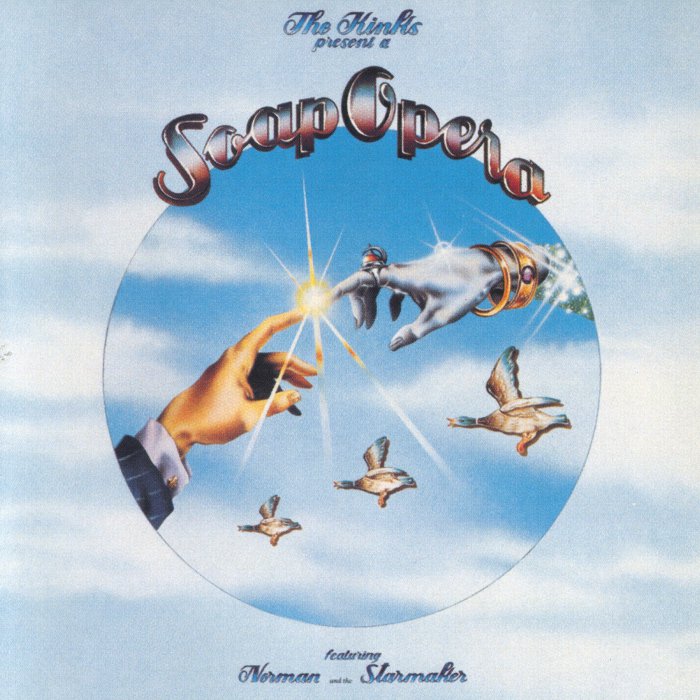 If there ever were a testament to Ray Davies’ stubbornness and ornery perversity, it’s Soap Opera. Released after the draining, two-part, hopelessly muddled rock opera Preservation, Soap Opera is the grandest concept album the Kinks ever made. Davies’ tackled a topic that seemed manageable compared to Preservation — how “Ordinary People” escape the doldrums with dreams of stardoms — but conceived the production as a bit of a radio play, with prominent guest vocalists and narration. Improbably, it feels larger, campier, more excessive than Preservation, even if it’s considerably more focused and consistent. The main problem is, its presentation is so damn silly that it’s hard to hear individual songs. Nothing here works as well as the best of Preservation, Act 1, but it holds together better as a record. Even so, Soap Opera winds up rather unsettling. Not only is it hard to get the gist of Davies’ narrative, but there’s not enough, musically or lyrically, to make it compelling. Then, there’s the nagging feeling that this isn’t really a Kinks album, but rather a Ray Davies solo project in disguise; the songs are certainly Ray’s, but there’s little that sounds like the Kinks, largely due to that ludicrous production. This isn’t just an outsider’s suspicion, either — Dave Davies and Mick Avory both mention this unease in Peter Doggett’s liner notes to the 1999 reissue of the album, but the true indication of the extent of Davies’ Soap Opera indulgence is that he never was allowed to go this far over the top again.  ~~ AllMusic Review by Stephen Thomas Erlewine