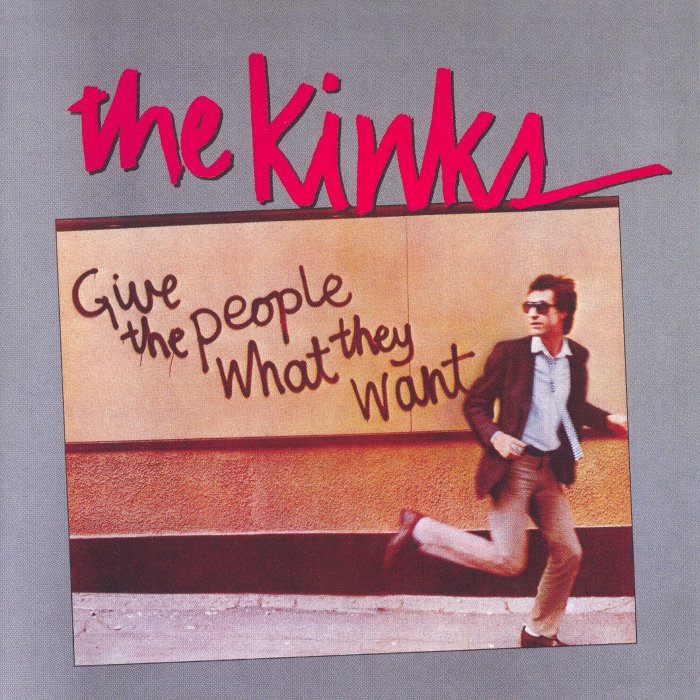 Riding high on the success of Low Budget, the Kinks turned out another collection of hard-driving, arena-ready rock & roll with Give the People What They Want — in short, they delivered exactly what the title suggests. Throughout the record, the band kicks up a storm, rocking out with a surprising amount of precision, and although Ray Davies’ writing isn’t as strong as it was on the group’s two previous albums, he has contributed a set of professional hard rock that is distinguished by solid hooks and a clever sense of humor. After all, there’s a certain charm in hearing him rework “All Day and All of the Night” into the paranoid “Destroyer,” or his pure cynicism on the title track. But the minor masterpiece of the album is “Better Things,” a sweet piece of charming sentimentalism that is the only time Davies lets his guard down during the entire album.  ~~ AllMusic Review by Stephen Thomas Erlewine