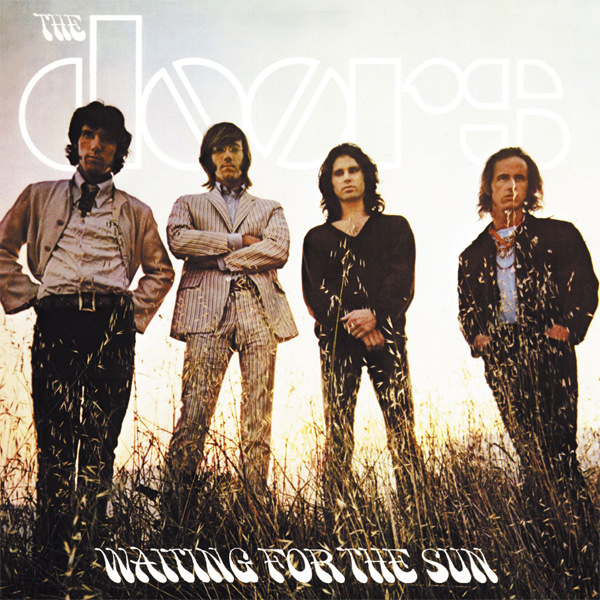 Waiting For The Sun, The Doors’ third album and its first chart-topper, delivered the No. 1 signature smash “Hello, I Love You” and the Top 40 hit “The Unknown Soldier.”

Slant Magazine proclaims that Waiting For The Sun contains some of The Doors’ prettiest, most genial lilts: “Love Street,” a fictionalized sketch of the Bohemian street where Morrison lived with his wife, Pamela Courson; the wistful “Summer’s Almost Gone,” which includes the lovely refrain, “Morning found us calmly unaware/Noon burned gold into our hair”; and the placid piano ballad “Yes, The River Knows.” More and more, says Slant, Morrison was starting to emulate one of his idols, Frank Sinatra — “after all, they had an insatiable taste for women and alcohol in common.”

Waiting For The Sun was also some of The Doors’ most combative, political work. “The Unknown Soldier” was a barefaced antiwar attack, a reaction to the Vietnam-era hostilities brewing on the home front.
Analogue Productions and Quality Record Pressings are proud to announce that six studio LP titles — The Doors, Strange Days,Waiting For The Sun, Soft Parade, Morrison Hotel and L.A. Woman — are featured on 200-gram vinyl, pressed at 45 rpm. All six titles are also available on Hybrid Multichannel SACD! All were cut from the original analog masters by Doug Sax, with the exception of The Doors, which was made from the best analog tape copy.

A truly authentic reissue project, the masters were recorded on tube equipment, and the tape machine used for the transfer of these releases is a tube machine, as is the cutting system. Tubes baby!

The Doors’ 1967 albums had raised expectations so high that their third effort was greeted as a major disappointment. With a few exceptions, the material was much mellower, and while this yielded some fine melodic ballad rock in “Love Street,” “Wintertime Love,” “Summer’s Almost Gone,” and “Yes, the River Knows,” there was no denying that the songwriting was not as impressive as it had been on the first two records. On the other hand, there were first-rate tunes such as the spooky “The Unknown Soldier,” with antiwar lyrics as uncompromisingly forceful as anything the band did, and the compulsively riff-driven “Hello, I Love You,” which nonetheless bore an uncomfortably close resemblance to the Kinks’ “All Day and All of the Night.” The flamenco guitar of “Spanish Caravan,” the all-out weirdness of “Not to Touch the Earth” (which was a snippet of a legendary abandoned opus, “The Celebration of the Lizard”), and the menacing closer “Five to One” were also interesting. In fact, time’s been fairly kind to the record, which is quite enjoyable and diverse, just not as powerful a full-length statement as the group’s best albums. –AllMusic Review by Richie Unterberger’