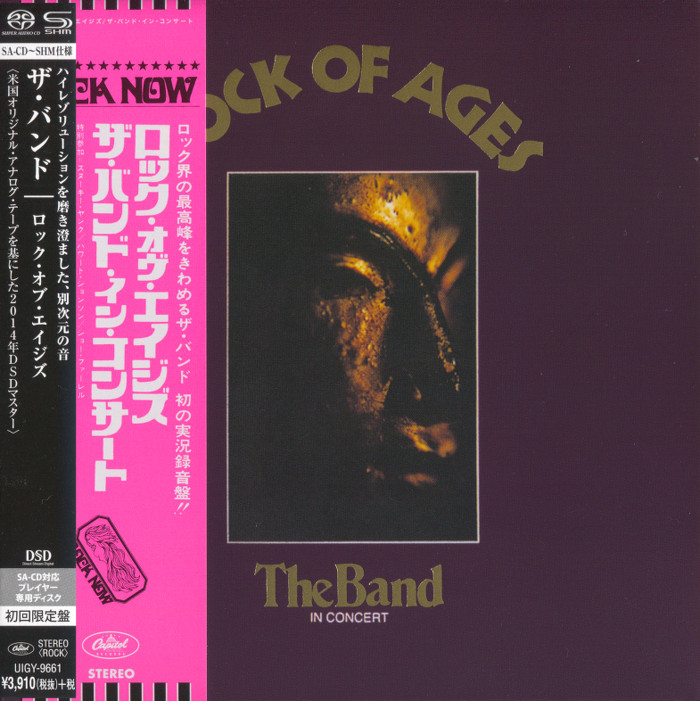 Released on the heels of the stilted, static Cahoots, the double-album Rock of Ages occupies a curious yet important place in Band history. Recorded at a spectacular New Years Eve 1971 gig, the show and album were intended to be a farewell of sorts before the Band took an extended break in 1972, but it turned out to be a last hurrah in many different ways, closing the chapter on the first stage of their career, when they were among the biggest and most important rock & roll bands. That sense of importance had started to creep into their music, turning their studio albums after The Band into self-conscious affairs, and even the wildly acclaimed first two albums seemed to float out of time, existing in a sphere of their own and never having the kick of a rock & roll band. Rock of Ages has that kick in spades, and it captures that road warrior side of the band that was yet unheard on record. Since this band — or more accurately its leader, Robbie Robertson — was acutely aware of image and myth, this record didn’t merely capture an everyday gig, it captured a spectacular, in retrospect almost a dry run for the legendary Last Waltz. New Orleans R&B legend Allen Toussaint was hired to write horn charts and conduct them, helping to open up the familiar tunes, which in turn helped turn this music into a warm, loose, big-hearted party. And that’s what’s so splendid about Rock of Ages: sure, the tightness of the Band as a performing unit is on display, but there’s also a wild, rowdy heart pumping away in the backbeat of this music, something that the otherwise superb studio albums do not have. Simply put, this is a joy to hear, which may have been especially true after the dour, messy Cahoots, but even stripped of that context Rock of Ages has a spirit quite unlike any other Band album. Indeed, it could be argued that it captured the spirit of the Band at the time in a way none of their other albums do.