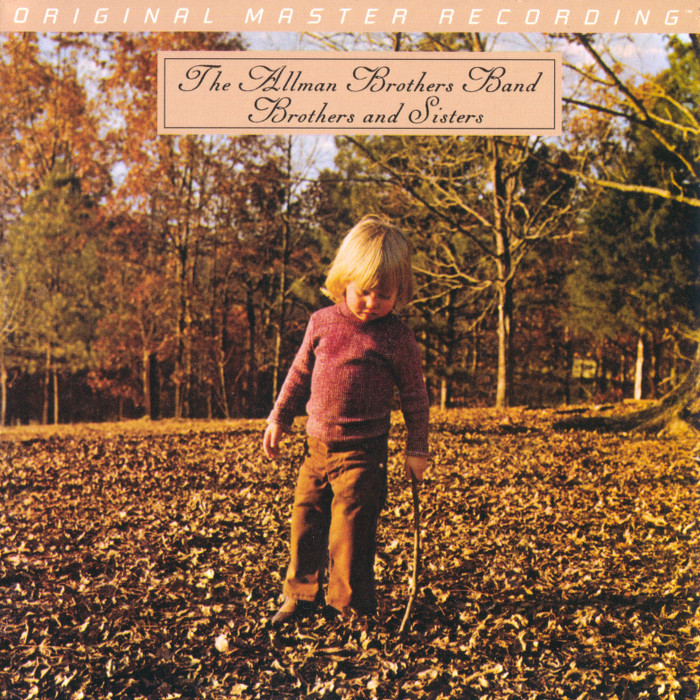 Released a year after Eat a Peach, Brothers and Sisters shows off a leaner brand of musicianship, which, coupled with a pair of serious crowd-pleasers, “Ramblin’ Man” and “Jessica,” helped drive it to the top of the charts for a month and a half and to platinum record sales. This was the first album to feature the group’s new lineup, with Chuck Leavell on keyboards and Lamar Williams on bass, as well as Dickey Betts’ emergence as a singer alongside Gregg Allman. The tracks appear on the album in the order in which they were recorded, and the first three, up through “Ramblin’ Man,” feature Berry Oakley — their sound is rock-hard and crisp. The subsequent songs with Williams have the bass buried in the mix, and an overall muddier sound. The interplay between Leavell and Betts is beautiful on some songs, and Betts’ slide on “Pony Boy” is a dazzling showcase that surprised everybody. Despite its sales, Brothers and Sisters is not quite a classic album (although it was their best for the next 17 years), especially in the wake of the four that had appeared previously, but it served as a template for some killer stage performances, and it proved that the band could survive the deaths of two key members.

Mastered for SACD by Shawn R. Britton at Mobile Fidelity Sound Lab, Sebastopol, CA.
Any sonic artefacts present are a product of the original master tape.