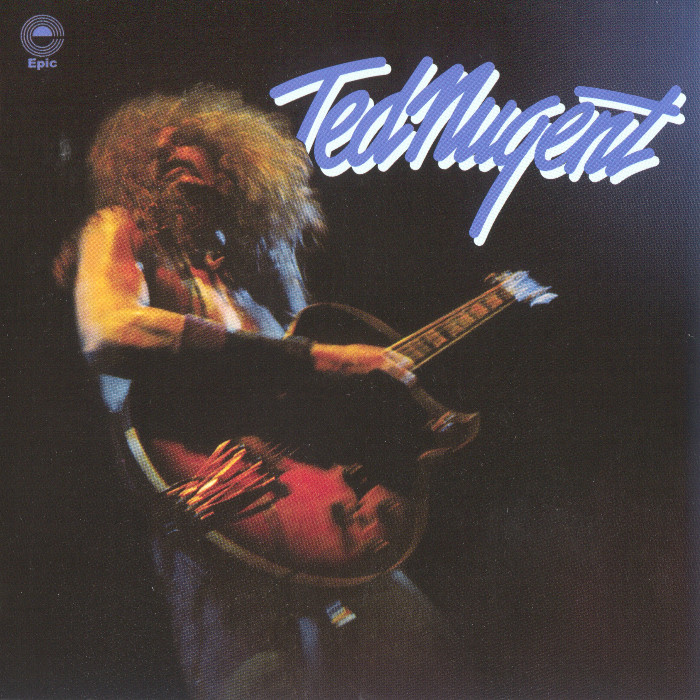 After disintegrating the Amboy Dukes in the early ’70s, Ted Nugent finally decided to strike out on his own as a solo star. Even without a recording contract, Nugent toured constantly, built up a fervent following, and created a smoking hard rock quartet with the help of singer/guitarist Derek St. Holmes, bassist Rob Grange, and drummer Cliff Davies. The band’s first release, 1975’s Ted Nugent, is a prime slice of testosterone-heavy, raging, unapologetic rock & roll, and along with the band’s 1977 release Cat Scratch Fever, it is Nugent’s best solo studio album. While the grinding opening track, “Stranglehold,” stretches beyond eight minutes and contains several extended, fiery-hot guitar leads, it does not come off as your typical ’70s overindulgent fare — every single note counts, as Nugent wails away as if his life depended on it. Other Nuge classics include “Motor City Madhouse,” plus the St. Holmes-sung “Hey Baby” and “Just What the Doctor Ordered,” all eventually becoming arena staples and making the band one of the late-’70s top concert draws. Additional highlights are the unexpected breezy jazz ballad “You Make Me Feel Right at Home,” plus the untamed rockers “Stormtroopin’” and “Queen of the Forest.” Nugent himself hails Ted Nugent as his best work, and with good reason. It’s an essential hard rock classic.