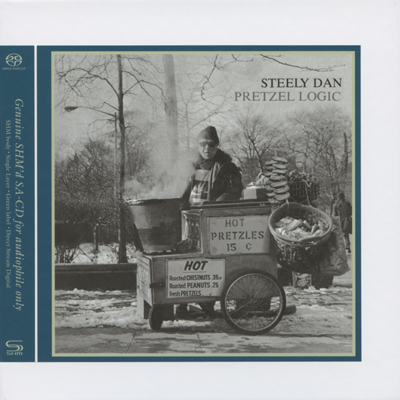 Countdown to Ecstasy wasn’t half the hit that Can’t Buy a Thrill was, and Steely Dan responded by trimming the lengthy instrumental jams that were scattered across Countdown and concentrating on concise songs for Pretzel Logic. While the shorter songs usually indicate a tendency toward pop conventions, that’s not the case with Pretzel Logic. Instead of relying on easy hooks, Walter Becker and Donald Fagen assembled their most complex and cynical set of songs to date. Dense with harmonics, countermelodies, and bop phrasing, Pretzel Logic is vibrant with unpredictable musical juxtapositions and snide, but very funny, wordplay. Listen to how the album’s hit single, “Rikki Don’t Lose That Number,” opens with a syncopated piano line that evolves into a graceful pop melody, or how the title track winds from a blues to a jazzy chorus — Becker and Fagen’s craft has become seamless while remaining idiosyncratic and thrillingly accessible. Since the songs are now paramount, it makes sense that Pretzel Logic is less of a band-oriented album than Countdown to Ecstasy, yet it is the richest album in their catalog, one where the backhanded Dylan tribute “Barrytown” can sit comfortably next to the gorgeous “Any Major Dude Will Tell You.” Steely Dan made more accomplished albums than Pretzel Logic, but they never made a better one.