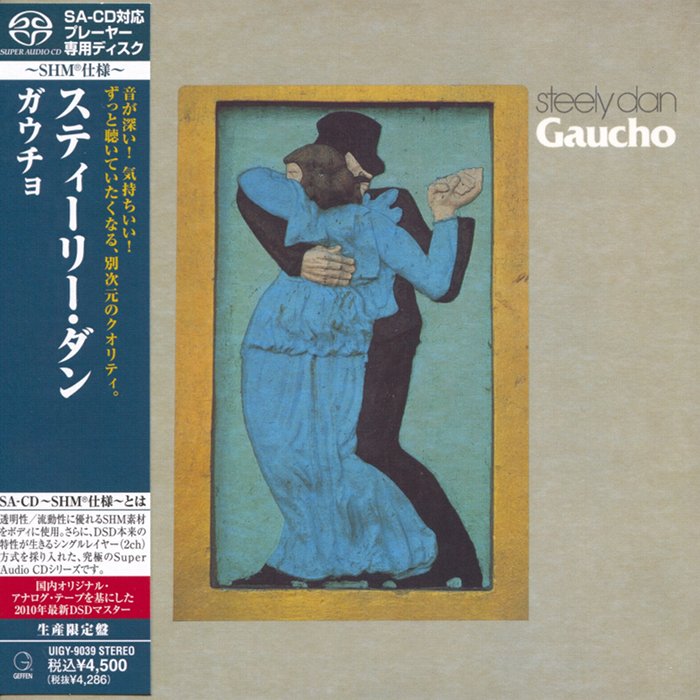 Features the 2010 DSD mastering based on Japanese original analog tape. Reissue features the high-fidelity SHM-SACD format (fully compatible with standard SACD player, but it does not play on standard CD players). DSD Transferred by Manabu Matsumura.

Aja was cool, relaxed, and controlled; it sounded deceptively easy. Its follow-up, Gaucho, while sonically similar, is its polar opposite: a precise and studied record, where all of the seams show. Gaucho essentially replicates the smooth jazz-pop of Aja, but with none of that record’s dark, seductive romance or elegant aura. Instead, it’s meticulous and exacting; each performance has been rehearsed so many times that it no longer has any emotional resonance. Furthermore, Walter Becker and Donald Fagen’s songs are generally labored, only occasionally reaching their past heights, like on the suave “Babylon Sisters,” “Time Out of Mind,” and “Hey Nineteen.” Still, those three songs are barely enough to make the remainder of the album’s glossy, meandering fusion worthwhile.