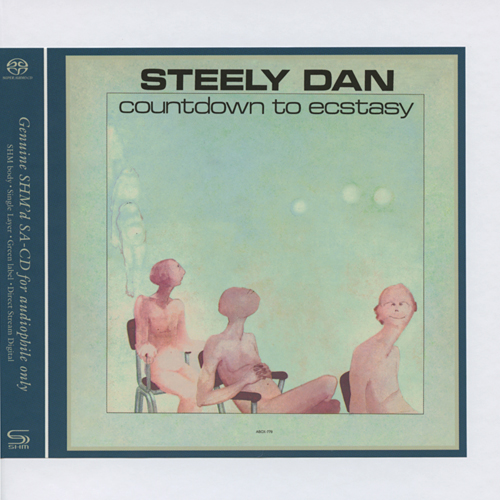 Can’t Buy a Thrill became an unexpected hit, and as a response, Donald Fagen became the group’s full-time lead vocalist, and he and Walter Becker acted like Steely Dan was a rock & roll band for the group’s second album, Countdown to Ecstasy. The loud guitars and pronounced backbeat of “Bodhisattva,” “Show Biz Kids,” and “My Old School” camouflage the fact that Countdown is a riskier album, musically speaking, than its predecessor. Each of its eight songs have sophisticated, jazz-inflected interludes, and apart from the bluesy vamps “Bodhisattva” and “Show Biz Kids,” which sound like they were written for the stage, the songs are subtly textured. “Razor Boy,” with its murmuring vibes, and the hard bop tribute “Your Gold Teeth” reveal Becker and Fagen’s jazz roots, while the country-flavored “Pearl of the Quarter” and the ominous, skittering “King of the World” are both overlooked gems. Countdown to Ecstasy is the only time Steely Dan played it relatively straight, and its eight songs are rich with either musical or lyrical detail that their album rock or art rock contemporaries couldn’t hope to match.