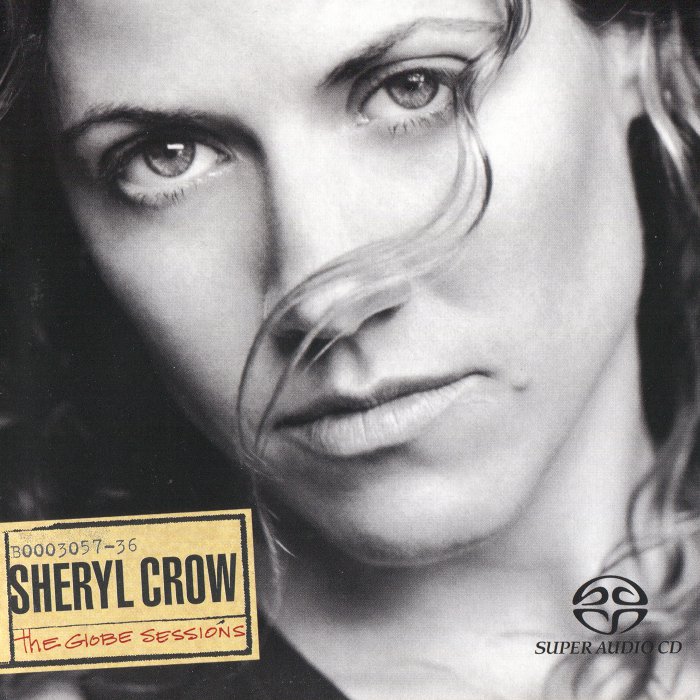 Since her dense, varied, postmodernist eponymous second album illustrated that Sheryl Crow was no one-album wonder, she wasn’t left with as much to prove the third time around. Having created an original variation on roots rock with Sheryl Crow, she was left with the dilemma of how to remain loyal to that sound without repeating herself on her third album, The Globe Sessions. To her credit, she never plays lazy, not when she’s turning out Stonesy rockers (“There Goes the Neighborhood”) or when she’s covering Dylan (the remarkable “Mississippi,” an outtake from Time Out of Mind). However, she has decided to abandon the layered, yard-sale production and pop culture fixations that made Sheryl Crow a defining album of the mid-’90s. The Globe Sessions, instead, is the work of a craftswoman, one who knows how to balance introspective songs with pop/rockers, one who knows how to exploit her signature sound while becoming slightly more eclectic. In that sense, the album is a lot like a latter-day album from her idols, the Stones — it finds pleasures within the craft and the signature sounds themselves. That means that there are no surprises (apart from the synthesized handclaps, of course). The Celtic homage “Riverwide” may be new, but it’s not unexpected, much like how the whiplash transition in “Am I Getting Through” isn’t entirely out of the blue. That’s not necessarily a bad thing, though, since The Globe Sessions has a strong set of songs. Since it lacks the varied sonics, humor, and flat-out weirdness of Sheryl Crow, it’s never quite as compelling a listen as its predecessor, yet it is a strong record, again confirming Crow’s position as one of the best roots rockers of the ’90s.