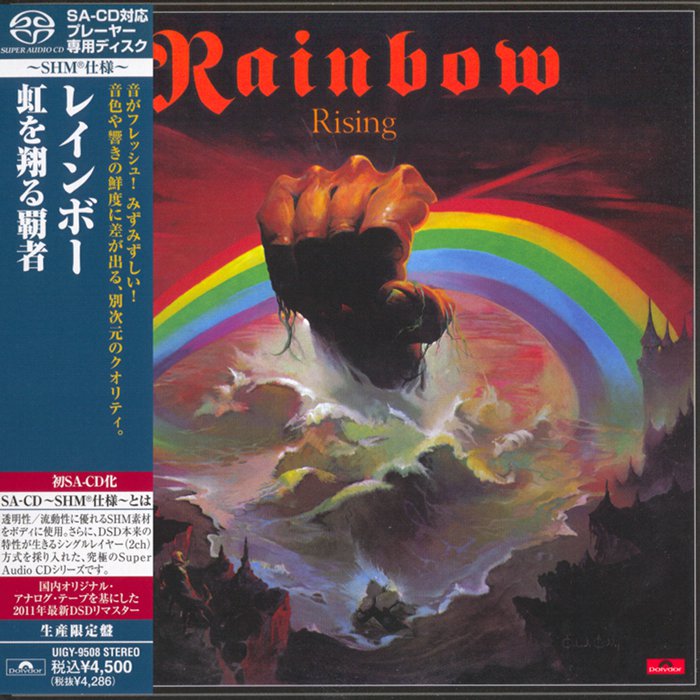 On their second release, Rainbow not only avoid the sophomore jinx; they hit a home run. After replacing the entire band (except Ronnie James Dio) immediately following the recording of the first album, Ritchie Blackmore and the Rising lineup (Blackmore; Dio; Tony Carey, keys; Jimmy Bain, bass; and the late, great Cozy Powell, drums) had plenty of time on the road touring the first album to get the chops and material together for their second. In particular, “Stargazer” really came together on the 1975 tour and featured stunning keyboard work from Carey. The material is uniformly strong, with “Starstruck” and “A Light in the Black” standing out in particular. Ronnie Dio turns in a great vocal on the stunningly direct (under three minutes!) “Do You Close Your Eyes.” All six songs on the album are up there with anything the band has done, before or since. The playing has a very tight, colorful feel to it, which was lacking a bit on the first record. This album can legitimately be mentioned in the same breath as classic Deep Purple.