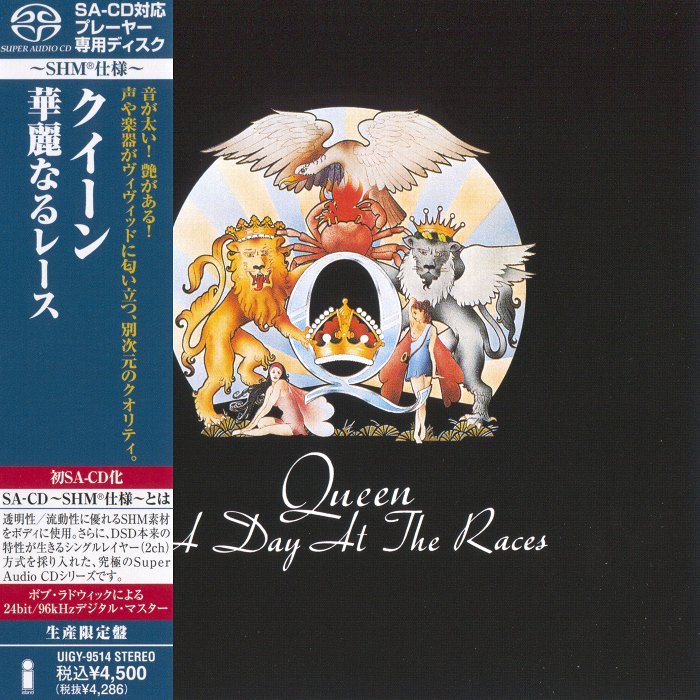 In every sense, A Day at the Races is an unapologetic sequel to A Night at the Opera, the 1975 breakthrough that established Queen as rock & roll royalty. The band never attempts to hide that the record is a sequel – the two albums boast the same variation on the same cover art, the titles are both taken from old Marx Brothers films and serve as counterpoints to each other. But even though the two albums look the same, they don’t quite sound the same, A Day at the Races is a bit tighter than its predecessor, yet tighter doesn’t necessarily mean better for a band as extravagant as Queen. One of the great things about A Night at the Opera is that the lingering elements of early Queen – the pastoral folk of “39,” the metallic menace of “Death on Two Legs” – dovetailed with an indulgence of camp and a truly, well, operatic scale. Here, the eccentricities are trimmed back somewhat – they still bubble up on “The Millionaire Waltz,” an example of the music hall pop that dominated Night, the pro-Native American saga “White Man” is undercut somewhat by the cowboys ‘n’ indians rhythms – in favor of a driving, purposeful hard rock that still could have some slyly hidden perversities (or in the case of the opening “Tie Your Mother Down,” some not-so-hidden perversity) but this is exquisitely detailed hard rock, dense with minutiae but never lush or fussy. In a sense, it could even function as the bridge between Sheer Heart Attack and Night at the Opera – it’s every bit as hard as the former and nearly as florid as the latter – but its sleek, streamlined finish is the biggest indication that Queen has entered a new phase, where they’re globe-conquering titans instead of underdogs on the make.