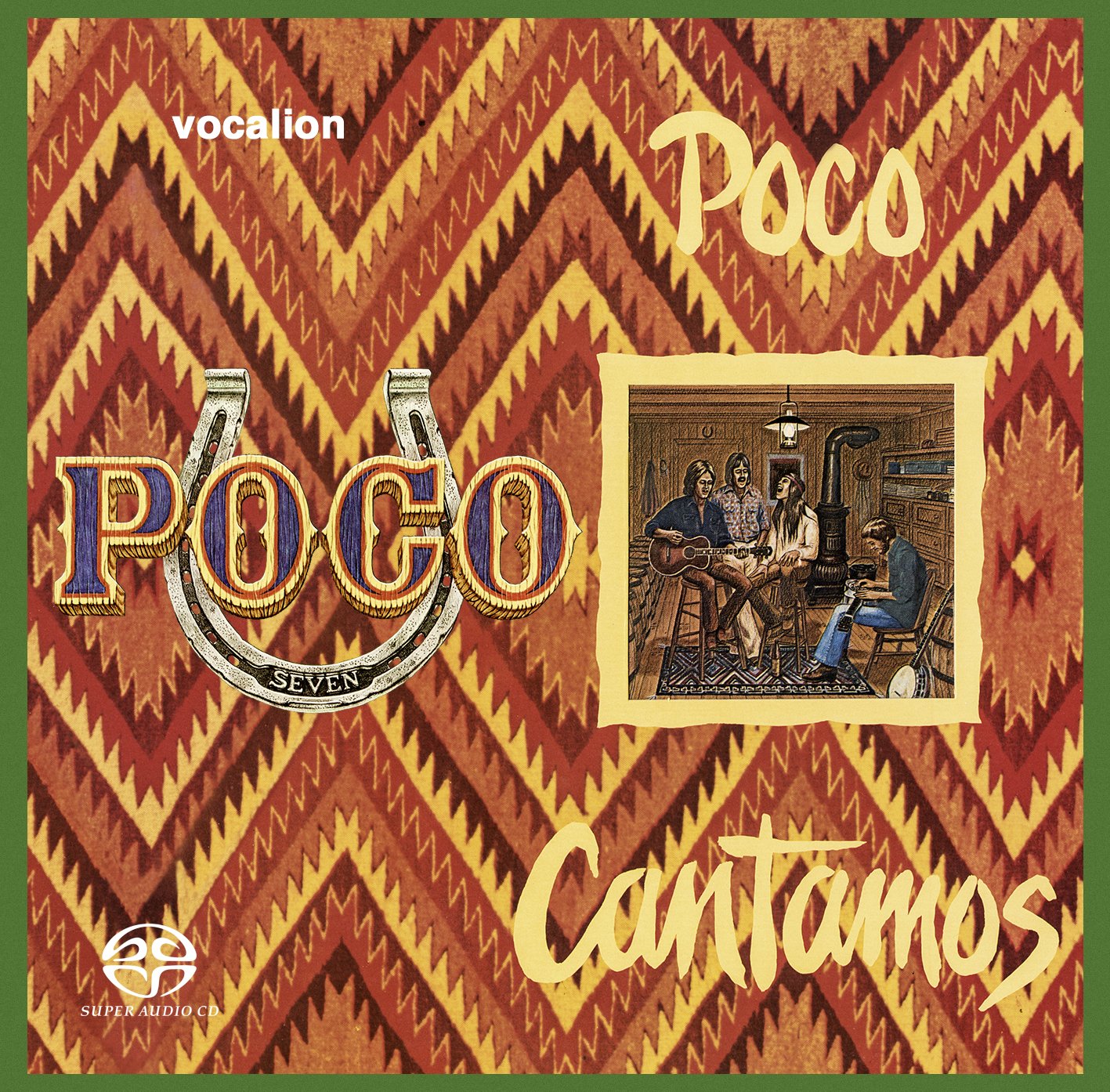 Dating from 1974, this 2-on-1 from country rock’s most under-appreciated band followed the departure of founder Richie Furay, Poco by this point dominated by Paul Cotton. Both albums – Vocalion has chosen not to put them in chronological order – were filled with a mix of hard-driving rockers and wistful ballads, the best moments belonging to Timothy B Schmit, who would soon leave to join The Eagles. This SACD offers the original quadraphonic mix as well as stereo, and the 4-channel format’s spatial oddities are less intrusive than one might imagine. A welcome reissue, especially given the 44-year gap since the quad mix was available.

CANTAMOS:
This album marks the emergence of Rusty Young as a composer of merit. Side one rocks out hard and fresh while the second side deals with lost love and broken-hearted romance. Much of the magic of their earlier albums has been recaptured.

SEVEN:
With strong, soaring harmonies, a healthy balance between acoustic country-rock and heavy rock & roll, and some fairly strong songs, Seven is a major surprise, given that this is the group’s first post-Richie Furay album. George Grantham’s drumming is a special highlight (check out his solo on “Drivin’ Wheel”), but all of the playing is superb, and with one or two additional strong songs, this would be a highly recommended album, and as it is, it’s quite good. Unfortunately, not everything here is as strong as “Drivin’ Wheel” or “Rocky Mountain Breakdown”.