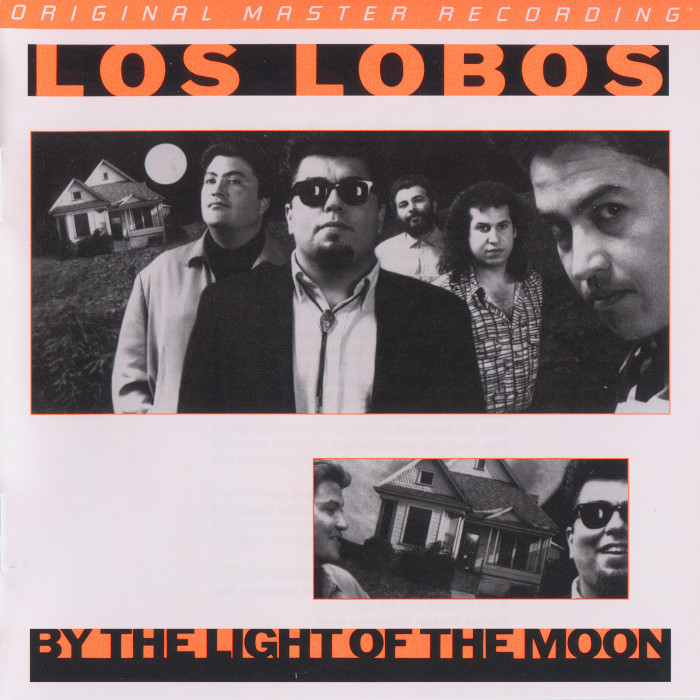 On How Will the Wolf Survive?, Los Lobos seemed to be feeling out the boundaries of how much they could say about the hard realities of life within the framework of good-time R&B-flavored rock & roll, and on their next album, 1987’s By the Light of the Moon, the group gently shifted their focus to favor their more contemplative side. While the band certainly hadn’t lost the ability to rock out (check out “My Baby’s Gone” or “Shakin’ Shakin’ Shakes” for proof), most of the album displayed a lighter touch musically, with David Hidalgo’s deft lead guitar and Cesar Rosas’ precise rhythm chords fueling lean but smoky R&B numbers like “Is That All There Is?” and “All I Wanted to Do Was Dance” and understated musical snapshots like “One Time, One Night” and “River of Fools.” Lyrically, By the Light of the Moon is dominated by the sad mysteries of life and the less-than-generous nature of fate, as ordinary people try to come to terms with death (“One Time, One Night”), disappointment (“Is That All There Is?”), love that’s faded into the shadows (“The Hardest Time”), and the mingled comfort and uncertainties of faith (“Tears of God”). While the soundtrack album to the movie La Bamba, released the same year, captured Los Lobos at their most carefree and high-spirited as they called up the spirit of Ritchie Valens, By the Light of the Moon showed the other side of the coin as the group looked into the hearts and souls of themselves and the community around them, and if it’s a harder album to enjoy than those that preceded it, its depth rewards repeated listenings.