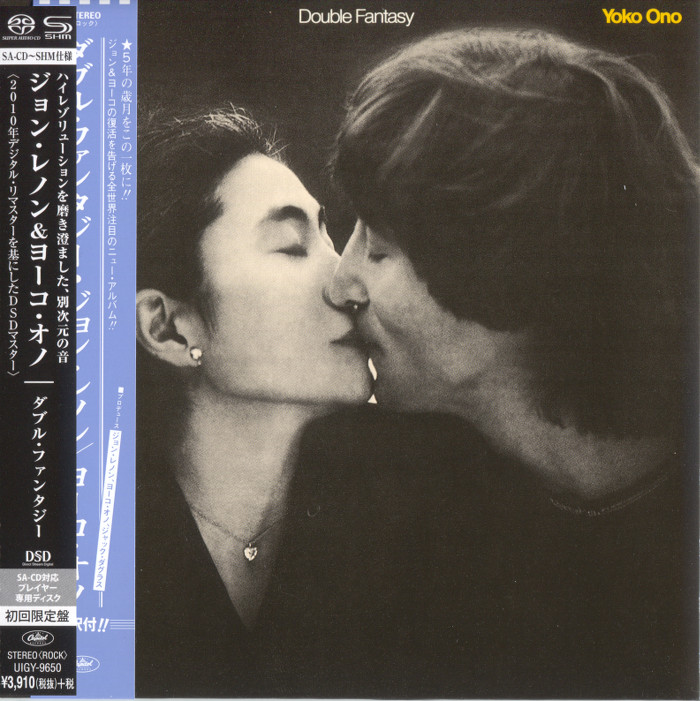 The most distinctive thing about Double Fantasy, the last album John Lennon released during his lifetime, is the very thing that keeps it from being a graceful return to form from the singer/songwriter, returning to active duty after five years of self-imposed exile. As legend has it, Lennon spent those years in domestic bliss, being a husband, raising a baby, and, of course, baking bread. Double Fantasy was designed as a window into that bliss and, to that extent, he decided to make it a joint album with Yoko Ono, to illustrate how complete their union was. For her part, Ono decided to take a stab at pop and while these are relatively tuneful for her, they nevertheless disrupt the feel and flow of Lennon’s material, which has a consistent tone and theme. He’s surprisingly sentimental, not just when he’s expressing love for his wife (“Dear Yoko,” “Woman”) and child (“Beautiful Boy [Darling Boy]”), but when he’s coming to terms with his quiet years (“Watching the Wheels,” “Cleanup Time”) and his return to creative life. These are really nice tunes, and what’s special about them is their niceness — it’s a sweet acceptance of middle age, which, of course, makes his assassination all the sadder. For that alone, Double Fantasy is noteworthy, yet it’s hard not to think that it’s a bit of a missed opportunity — primarily because its themes would be stronger without the Ono songs, but also because the production is just a little bit too slick and constrained, sounding very much of its time. Ultimately, these complaints fall by the wayside because Lennon’s best songs here cement the last part of his legend, capturing him at peace and in love. According to some reports, that perception was a bit of a fantasy, but sometimes the fantasy means more than the reality, and that’s certainly the case here.