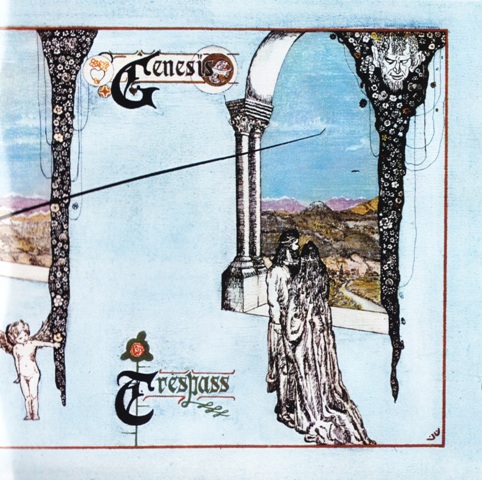 Genesis’ first truly progressive album, and their first record for the Charisma label (although Trespass was released in America by ABC, which is how MCA came to have it), is important mostly as a formative effort. Peter Gabriel, Tony Banks, and Michael Rutherford are here, but the guitarist is Anthony Phillips and the drummer is John Mayhew. Gabriel, Banks, Phillips, and Rutherford are responsible for the compositions, which are far more ambitious than the group’s earlier efforts (“Silent Sun,” etc.). Unfortunately, much of what is here is more interesting for what it points toward than what it actually does — the group reflects a peculiarly dramatic brand of progressive rock, very theatrical as music, but not very successful. The lyrics are complex enough but lack the unity and clarity that would make Genesis’ subsequent albums among the most interesting of prog rock efforts to analyze. Gabriel’s voice is very expressive but generally lacks power and confidence, while the conventional backup vocalizing by the others is wimpy, and Phillips’ playing is muted. Tony Banks’ keyboards are the dominant instruments, which isn’t that bad, but it isn’t the Genesis that everyone came to know. The soft, lyrical “Visions of Angels” and “Stagnation” are typical, gentle works by a band that later learned how to rock much harder. Only one of the songs here, “The Knife” — which rocks harder than anything else on Trespass and is easily the best track on the album — lasted in the group’s concert repertory past the next album.