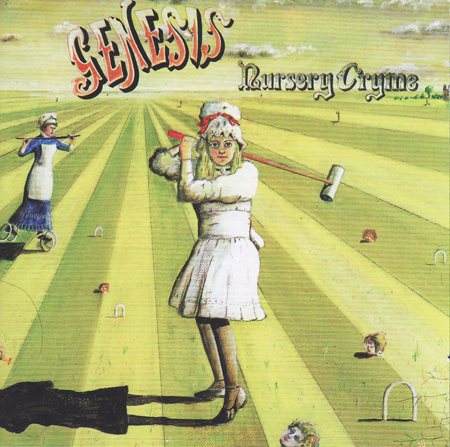 If Genesis truly established themselves as progressive rockers on Trespass, Nursery Cryme is where their signature persona was unveiled: true English eccentrics, one part Lewis Carroll and one part Syd Barrett, creating a fanciful world that emphasized the band’s instrumental prowess as much as Peter Gabriel’s theatricality. Which isn’t to say that all of Nursery Cryme works. There are times when the whimsy is overwhelming, just as there are periods when there’s too much instrumental indulgence, yet there’s a charm to this indulgence, since the group is letting itself run wild. Even if they’ve yet to find the furthest reaches of their imagination, part of the charm is hearing them test out its limits, something that does result in genuine masterpieces, as on “The Musical Box” and “The Return of the Giant Hogweed,” two epics that dominate the first side of the album and give it its foundation. If the second side isn’t quite as compelling or quite as structured, it doesn’t quite matter because these are the songs that showed what Genesis could do, and they still stand as pinnacles of what the band could achieve.

Tracklist:
01. The Musical Box
02. For Absent Friends
03. The Return Of The Giant Hogweed
04. Seven Stones
05. Harold The Barrel
06. Harlequin
07. The Fountain Of Salmacis