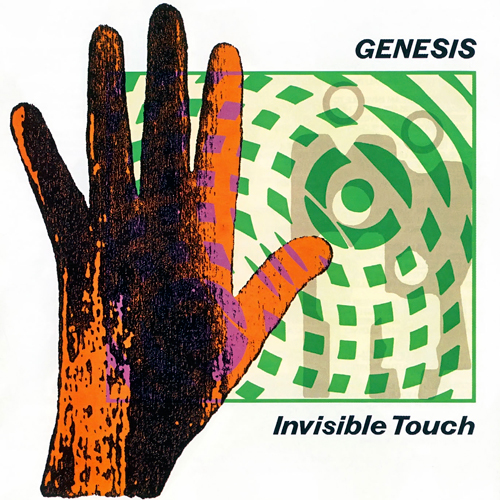 Delivered in the wake of Phil Collins’ massive success as a solo star, Invisible Touch was seen at the time as a bit of a Phil Collins solo album disguised as a Genesis album, and it’s not hard to see why. Invisible Touch is, without a doubt, Genesis’ poppiest album, a sleek, streamlined affair built on electronic percussion and dressed in synths that somehow seem to be programmed, not played by Tony Banks. In that sense, it does seem a bit like No Jacket Required, and the heavy emphasis on pop tunes does serve the singer, not the band, but it’s not quite fair to call this a Collins album, and not just because there are two arty tunes that could have fit on its predecessor, Genesis. There is a difference between Collins and Genesis — on his own, Phil was lighter, and Genesis was often a bit chillier. Of course, the title track is the frothiest thing the band ever did, while “In Too Deep” and “Throwing It All Away” are power ballads that could be seen as Phil projects, but “Land of Confusion” was a protest tune and “Tonight, Tonight, Tonight” was a stark, scary tale of scoring dope (which made its inclusion in a Michelob campaign in the ’80s almost as odd as recovering alcoholic Eric Clapton shilling for the brewery). But those songs had big hooks that excused their coldness, and the arty moments sank to the bottom, obscured by the big, bold pop hooks here — pop that was the sound of the mainstream in the late ’80s, pop that still effortlessly evokes its time.