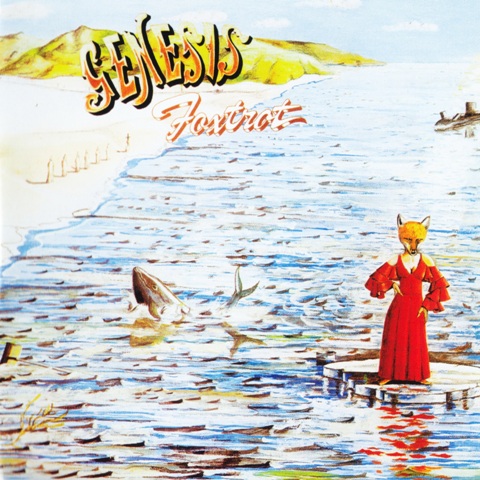 Foxtrot is where Genesis began to pull all of its varied inspirations into a cohesive sound — which doesn’t necessarily mean that the album is streamlined, for this is a group that always was grandiose even when they were cohesive, or even when they rocked, which they truly do for the first time here. Indeed, the startling thing about the opening “Watcher of the Skies” is that it’s the first time that Genesis attacked like a rock band, playing with a visceral power. There’s might and majesty here, and it, along with “Get ‘Em Out by Friday,” is the truest sign that Genesis has grown muscle without abandoning the whimsy. Certainly, they’ve rarely sounded as fantastical or odd as they do on the epic 22-minute closer “Supper’s Ready,” a nearly side-long suite that remains one of the group’s signature moments. It ebbs, flows, teases, and taunts, see-sawing between coiled instrumental attacks and delicate pastoral fairy tales. If Peter Gabriel remained a rather inscrutable lyricist, his gift for imagery is abundant, as there are passages throughout the album that are hauntingly evocative in their precious prose. But what impresses most about Foxtrot is how that precociousness is delivered with pure musical force. This is the rare art-rock album that excels at both the art and the rock, and it’s a pinnacle of the genre (and decade) because of it.