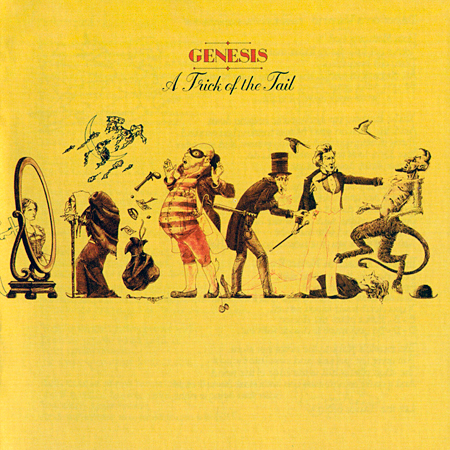 After Peter Gabriel departed for a solo career, Genesis embarked on a long journey to find a replacement, only to wind back around to their drummer, Phil Collins, as a replacement. With Collins as their new frontman, the band decided not to pursue the stylish, jagged postmodernism of The Lamb Lies Down on Broadway – a move that Gabriel would do in his solo career – and instead returned to the English eccentricity of Selling England by the Pound for its next effort, A Trick of the Tail. In almost every respect, this feels like a truer sequel to Selling England by the Pound than Lamb; after all, that double album was obsessed with modernity and nightmare, whereas this album returns the group to the fanciful fairy tale nature of its earlier records. Also, Genesis were moving away from the barbed pop of the first LP and returning to elastic numbers that showcased their instrumental prowess, and they sounded more forceful and unified as a band than they had since Foxtrot. Not that this album is quite as memorable as Foxtrot or Selling England, largely because its songs aren’t as immediate or memorable: apart from “Dance on a Volcano,” this is about the sound of the band playing, not individual songs, and it succeeds on that level quite wildly – to the extent that it proved to longtime fans that Genesis could possibly thrive without its former leader in tow.