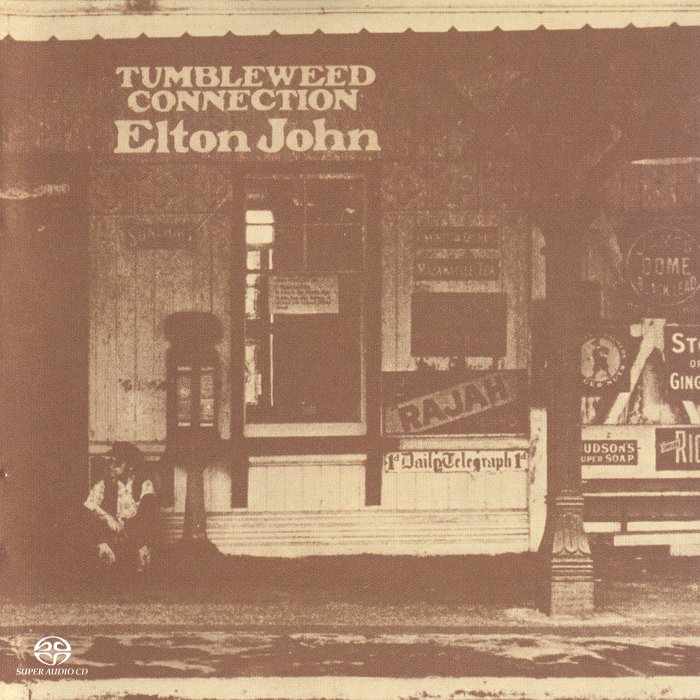 Tumbleweed Connection is the third album by English singer/songwriter Elton John. It is a concept album based on the country and western/Americana themes. All songs are written by John and Bernie Taupin, with the exception of “Love Song” by Lesley Duncan. The album was recorded at Trident Studios, London, England in March 1970 and released in October of the same year. It peaked at #2 on the UK Albums Chart and #5 on the US Billboard 200 chart. In the US, it was certified gold in March 1971 and platinum in August 1998 by the RIAA. In 2003, Tumbleweed Connection was ranked #463 on Rolling Stone magazine’s list of the 500 greatest albums of all time.

Instead of repeating the formula that made Elton John a success, John and Bernie Taupin attempted their most ambitious record to date for the follow-up to their breakthrough. A loose concept album about the American West, Tumbleweed Connection emphasized the pretensions that always lay beneath their songcraft. Half of the songs don’t follow conventional pop song structures; instead, they flow between verses and vague choruses. These experiments are remarkably successful, primarily because Taupin’s lyrics are evocative and John’s melodic sense is at its best. As should be expected for a concept album about the Wild West, the music draws from country and blues in equal measures, ranging from the bluesy choruses of “Ballad of a Well-Known Gun” and the modified country of “Country Comfort” to the gospel-inflected “Burn Down the Mission” and the rolling, soulful “Amoreena.” Paul Buckmaster manages to write dramatic but appropriate string arrangements that accentuate the cinematic feel of the album.