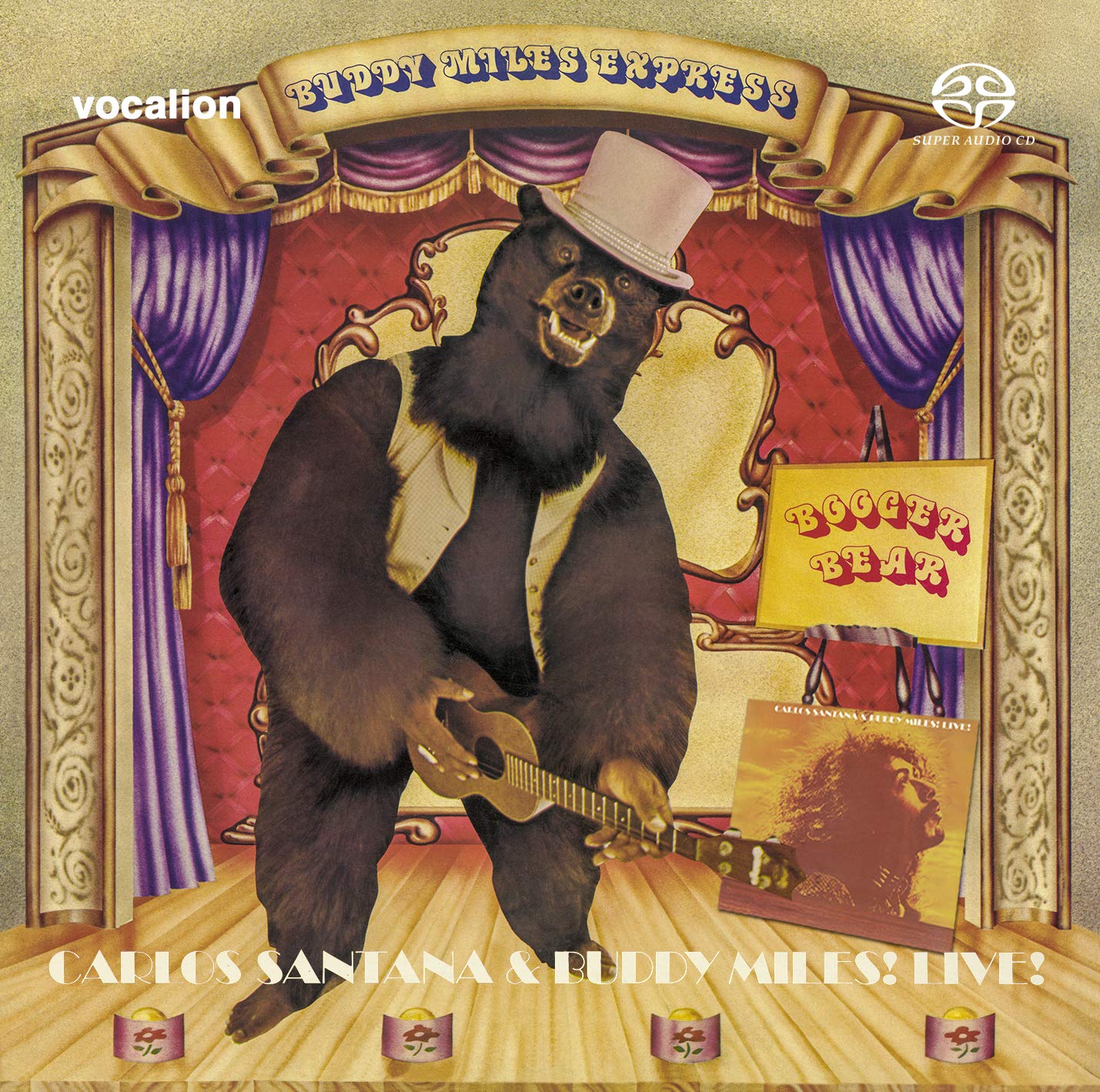 Buddy Miles Express – Booger Bear
The album received a positive review in the November, 23, 1973 issue of Billboard. The reviewer referred to it as a production of the first order with time and care being put into the selections. The songs “Why” and “United Nations Stomp”, both composed by Miles were singled out as solid entries. The album was also released in the Quadraphonic SQ Matrix. A review in the February, 24 issue Billboard for Quadrasonic albums mentioned the spectrum being opened up by the Columbia sound engineers. It also made the distinction between this album and most of the others that relied on the “Front” stereo approach, with the music in Booger Bear actually surrounding the listener. The album was a Billboard, FM Action Pick for KAFM-FM and KNAC-FM in early December, 1973, and a pick for WNEW-FM the following week.

Carlos Santana & Buddy Miles! Live!
From December 1971 to April 1972, Carlos Santana and several other members of Santana toured with drummer/vocalist Buddy Miles, a former member of the Electric Flag and Jimi Hendrix’s Band of Gypsys. The resulting live album contained both Santana hits (“Evil Ways”) and Buddy Miles hits (“Changes”), plus a 25-minute, side-long jam titled “Free Form Funkafide Filth.” It was not, perhaps, the live album Santana fans had been waiting for, but at this point in its career, the band could do no wrong. The album went into the Top Ten and sold a million copies.