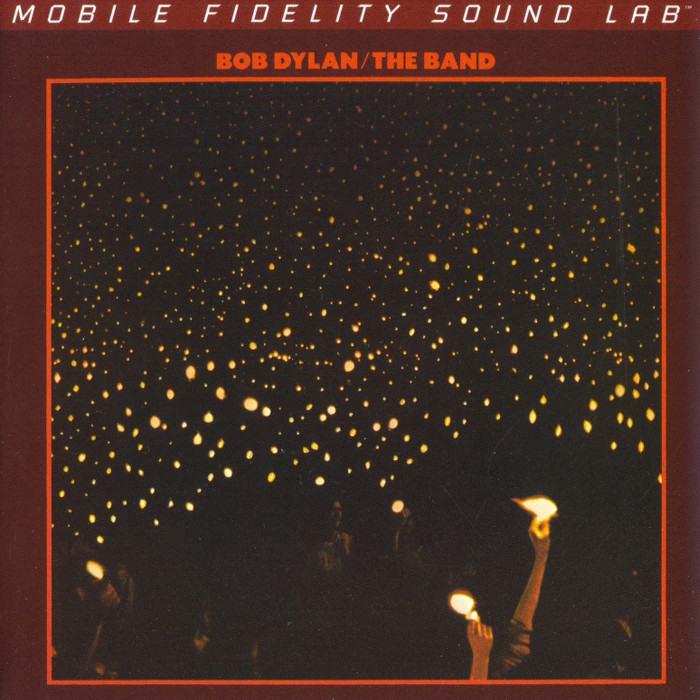 Bob Dylan and the Band both needed the celebrated reunion tour of 1974, since Dylan’s fortunes had been floundering since Self Portrait and the Band stumbled with 1971’s Cahoots. The tour, with its attendant publicity, definitely returned both artists to center stage, and it definitely succeeded, breaking box office records and earning great reviews. Before the Flood, a double-album souvenir of the tour, suggests that these were generally dynamic shows, but not because they were reveling in the past, but because Dylan was fighting the nostalgia of his audience — nostalgia, it must be noted, that was promoted as the very reason behind these shows. Yet that’s what gives this music such kick — Dylan reworks, rearranges, reinterprets these songs in ways that are still disarming, years after its initial release. He could only have performed interpretations this radical with a group as sympathetic, knowing of his traits as the band, whose own recordings here are respites from the storm. And this is a storm — the sound of a great rocker, surprising his band and audience by tearing through his greatest songs in a manner that might not be comforting, but it guarantees it to be one of the best live albums of its time. Ever, maybe.