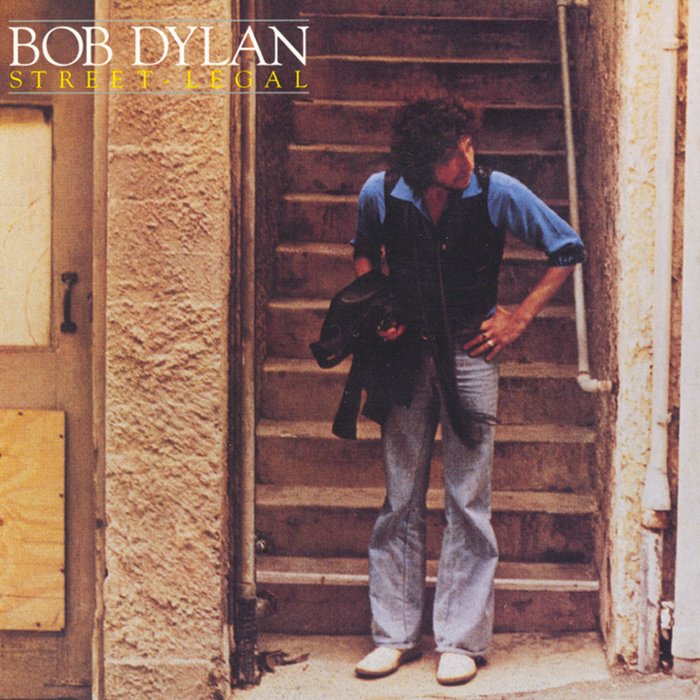 Street-Legal is the eighteenth studio album by American singer-songwriter Bob Dylan, released on June 15, 1978 by Columbia Records. The album was a serious musical departure for Dylan, who uses a large pop-rock band—complete with female backing vocalists—for the first time.

Following the twin successes of Blood on the Tracks and Desire, Street-Legal was another gold record for Dylan, but it peaked at only #11 on the US Billboard charts, making it his first studio album to miss the US Top 10 since 1964. However, it became his best-selling studio album in the UK, reaching #2 on the charts (his highest position in eight years) and achieving platinum status with 300,000 copies sold (the only other Dylan album to do this was The Essential Bob Dylan).

The original 1978 LP credits mastering to Stan Kalina at CBS Recording Studios NY; the album was produced by Don DeVito. In 1999, Street-Legal received a special remixing and remastering job from DeVito. The newer version boasted richer sound, correcting numerous issues with the original production. The new mix was also used in a 2003 SACD reissue of Street-Legal. However the original 1978 mix was reinstated for The Complete Album Collection Vol. 1.