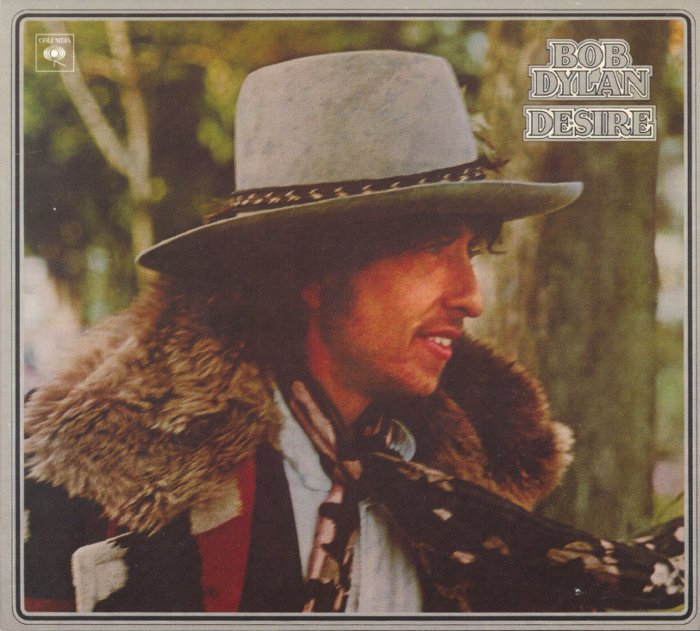 It is one of Dylan’s most collaborative efforts, featuring the same caravan of musicians as the acclaimed Rolling Thunder Revue tours the previous year (later documented on The Bootleg Series Vol. 5). Many of the songs also featured backing vocals by Emmylou Harris and Ronee Blakley. Most of the album was co-written by Jacques Levy, and is composed of lengthy story-songs, two of which quickly generated controversy: the 11-minute long “Joey”, which is seen as glorifying the violent gangster “Crazy Joey” Gallo, and “Hurricane”, the opening track that tells a passionate account of the murder case against boxer Rubin Carter, whom the song asserts was framed. Carter was released in 1985, after a judge overturned his conviction on appeal.

A well-received follow-up to Blood on the Tracks, Desire reached #1 on the Billboard Pop Albums chart for five weeks, becoming one of Dylan’s top-selling studio albums (currently certified double platinum), while reaching #3 in the UK. It claimed the number one slot on NME Album of the Year. Rolling Stone named Desire #174 on its list of The 500 Greatest Albums of All Time.