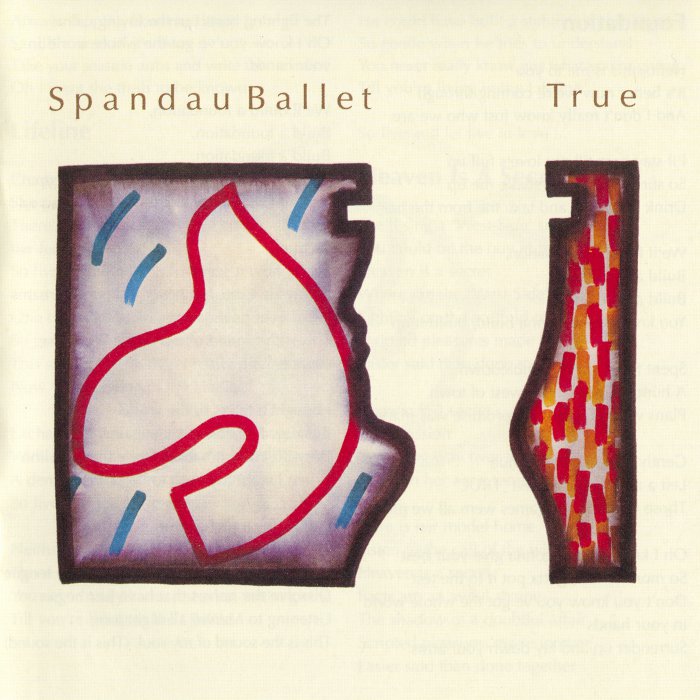 Spandau Ballet is an English band formed in London in the late 1970s. Initially inspired by, and an integral part of, the New Romantic movement, they were one of the most successful bands of the 1980s, achieving ten Top Ten singles and four Top Ten albums in the UK between 1980 and 1990.

By 1983, with the new romantic movement they’d sprung from a rapidly fading memory, the members of Spandau Ballet showed they had no intention of traveling the same path. Always ambitious, the British quintet really got down to business: Gone were the kilts, frilly shirts, and makeup – as well as the sometimes chilly electronics of their first two albums. Instead, after recording at Compass Point Studios in the sun-soaked Bahamas, the group turned up in smartly tailored suits, with a sleek and mainstream sound to match. That came courtesy of producers Steve Jolley and Tony Swain, who gave Spandau the sort of pop-R&B sheen that had produced hits for clients like Imagination. And it also reflected the growing skill of guitarist Gary Kemp, the band’s primary songwriter, who crafted a set of tunes aimed squarely at the charts. The one that succeeded most spectacularly, of course, was the title cut, a glossily-updated Motown-style ballad that became one of the decade’s biggest hits – aided by a video that cast singer Tony Hadley as a young Frank Sinatra, crooning about the sound of his soul. But Kemp had more arrows in his quiver, as well; the catchy soft disco of “Communication” and “Lifeline” coyly suggests, rather than demands, listeners’ presence on the dancefloor, while the suave, spy flick-inspired “Gold” finally gives Hadley an appropriately rich setting for his dramatic warble. Some listeners at the time called the album an MOR sellout, but its slick surfaces remain tough to resist, and while none of the cuts generate the excitement of past singles like “To Cut a Long Story Short” or “Chant No. 1,” True remains Spandau Ballet’s most consistent and best all-around album.