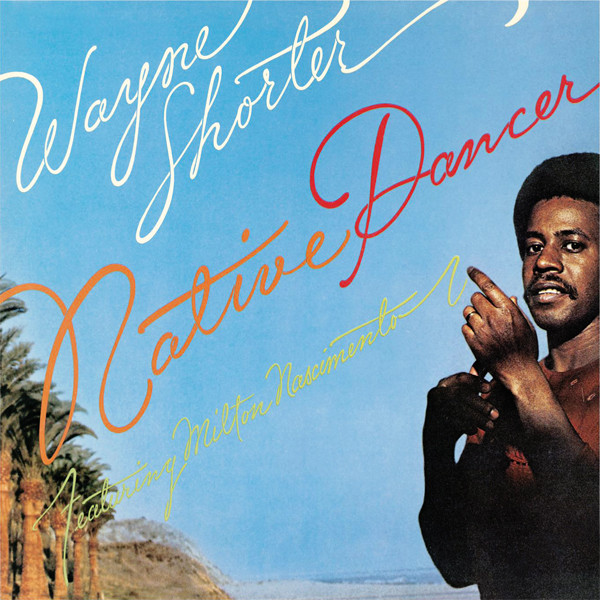 Some jazz purists would say that Wayne Shorter went downhill in the 1970s, when he passionately embraced electric jazz-fusion and co-led the innovative Weather Report with Joe Zawinul. But remember: Those are the same people who also claim that Miles Davis’ stunning Bitches Brew has no value and that Chick Corea’s visionary Return to Forever was a complete waste — so it’s hard to take their opinions seriously. The fact is that the 1970s were a highly productive time for Shorter, and it wasn’t until the 1980s that the tenor and soprano saxophonist really declined creatively. One of Shorter’s best-selling albums from the 1970s was Native Dancer, a Brazilian-oriented jazz-fusion masterpiece that boasts Herbie Hancock on acoustic piano and electric keyboards, and employs such Brazilian talent as singer Milton Nascimento (a superstar in Brazil) and percussionist Airto Moreira. Everything on this melodic, consistently lyrical effort is a jewel, and that includes Hancock’s “Joanna’s Theme” as well as pieces by Nascimento (“From the Lonely Afternoons,” “Ponta de Areia,” “Tarde,” “Lilia,” and “Miracle of the Fishes”) and by Shorter himself (“Ana Maria,” “Beauty and the Beast,” and “Diana”). Reissued on SACD, Native Dancer is clearly among Shorter’s most essential albums.