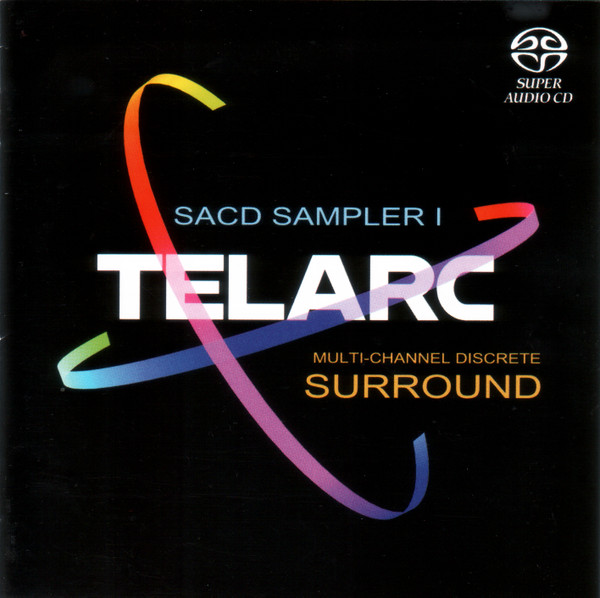 This is Telarc’s first Stereo / Multichannel SACD sampler. It offers a wide variety of Jazz and Classical selections recorded in Analog, PCM and DSD so it made for an interesting comparison of the three main types of recording.

From the liner notes on level differences on this Telarc Sampler SACD: “Our goal in compiling this sampler was to present the listener with a variety of differing approaches to creating a surround sound experience, using various musical examples.

The Selections included in this SACD are presented with no alternation in overall level or dynamic range from the original masters. The apparent levels, therefore differ greatly from track to track. Telarc’s masters are optimized for maximum peak levels during the recording sessions and subsequent mastering. When we attempted to match the relative volume between these tracks, we found it significantly degraded the sonic integrity of the original masters, resulting in out decision to leave them alone.

To make it easier to play these unleveled tracks, we chose to group them from loudest to softest. There is roughly a 45 percent difference in apparent level from the first track to the last so you will undoubtedly want to increase the volume as you play through the disc.”

All tracks are Telarc recordings with the exception of Tracks 3 and 4 which are from their sister label Heads Up.