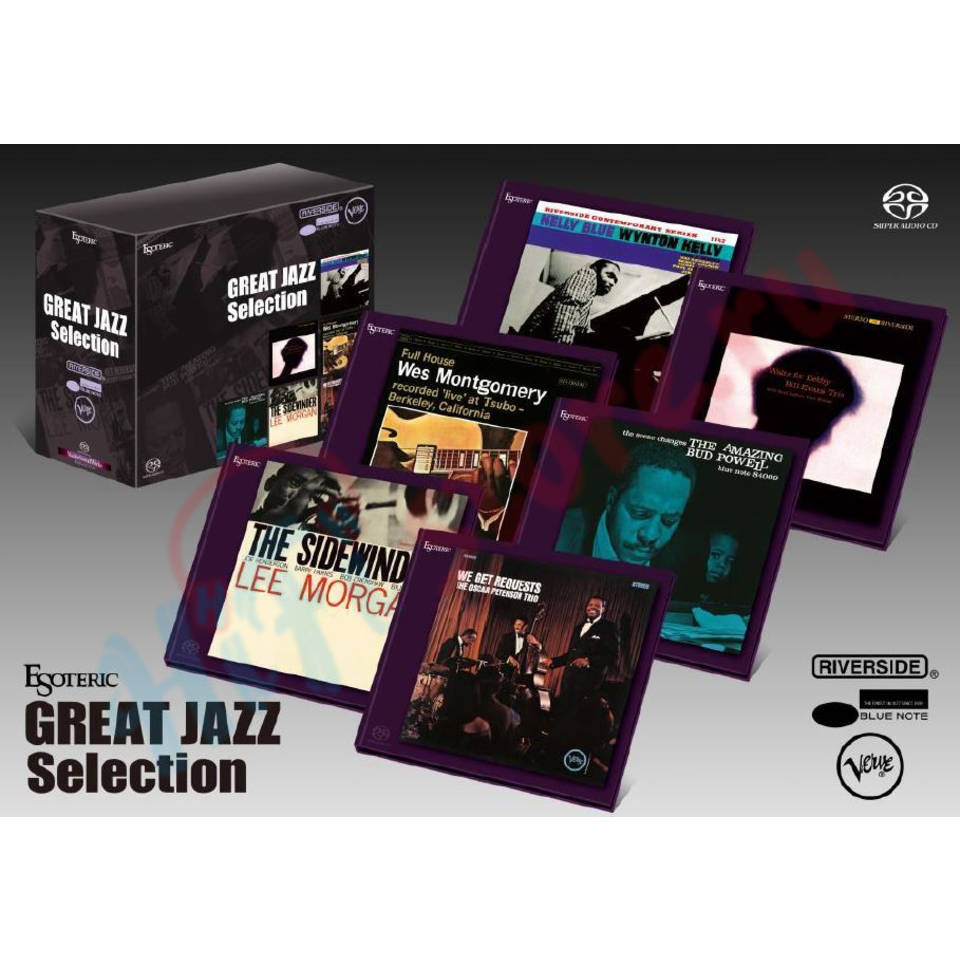 ESOTERIC Company proudly introduces a new series of Re-mastered Jazz Masterpiece Collection. The reissue of historical music masterpieces by ESOTERIC has attracted a lot of attention, both for its uncompromising commitment to recreating the original master sound, and for using SACD technology to improve sound quality. This Box Set of “Great Jazz Selection” features iconic releases of Wynton Kelly, Bill Evans, Wes Montgomery, Bud Powell, Lee Morgan & Oscar Peterson. Not only for new followers, but also for well experienced followers of these recorded materials. 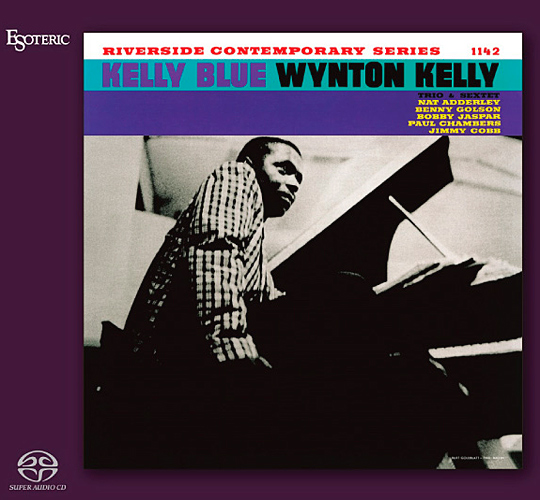 Recorded for Riverside, this set mostly features the influential pianist Wynton Kelly in a trio with his fellow rhythm-section mates from the Miles Davis bands, bassist Paul Chambers and drummer Jimmy Cobb. “Kelly Blue” and “Keep It Moving” add cornetist Nat Adderley, flutist Bobby Jaspar and the tenor of Benny Golson to the band for some variety. Kelly was renowned as an accompanist, but as he shows on a set including three of his originals and four familiar standards (including “Softly, As in a Morning Sunrise” and “Willow Weep for Me”), he was also a strong bop-based soloist too. A fine example of his talents. 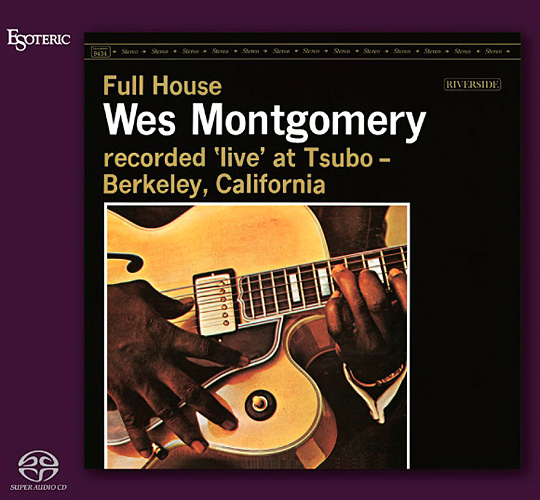 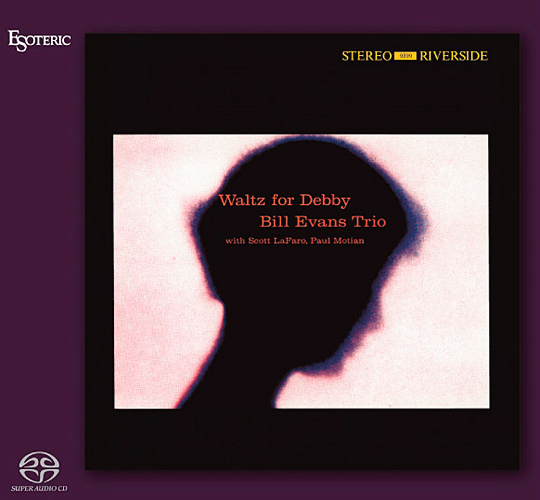 On this sizzling live date, guitar great Wes Montgomery is joined by the Wynton Kelly Trio (Wynton Kelly/piano, Paul Chambers/bass and Jimmy Cobb/drums) and the under-rated Johnny Griffin on sax who absolutely tears up this set. Kelly, always a tasteful player, demonstrates his delicate touch while soloing or in support; you could focus your total listening attention on him through the length of the album as he populates the tunes with colourful details. Chambers, who is captured here with great fidelity, takes the opening solo on ‘Cariba’ and is nothing less than captivating. On the steam-rolling ‘S.O.S.’ Johnny Griffin and Wes Montgomery share front-line duties and sparks fly. Griffith’s solo is acrobatic and thrilling which inspires a scintillating turn from Montgomery. The unaccompanied version of ‘I’ve Grown Accustomed To Her Face”, all creamy surfaces and finesse, is mesmerising, sharing his infectious joy of discovery with the enraptured audience. Throughout the entire album his virtuosity seems effortless, which is why he has been so loved through the decades to the present day. 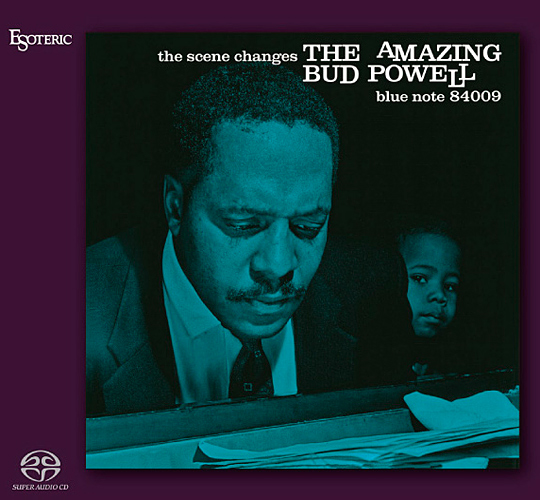 This 1959 release features influential jazz pianist Bud Powell and his great trio, Paul Chambers on bass and Art Taylor on drums; each musician is given plenty of opportunity to showcase his formidable talents. All the material here consists of Powell originals, including the eight-minute highlight Comin’ Up. 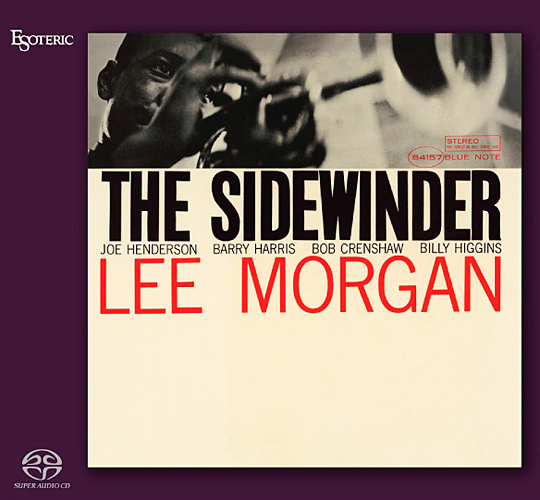 Carried by its almost impossibly infectious eponymous opening track, The Sidewinder helped foreshadow the sounds of boogaloo and soul-jazz with its healthy R&B influence and Latin tinge. While the rest of the album retreats to a more conventional hard bop sound, Morgan’s compositions are forward-thinking and universally solid. Only 25 at the time of its release, Morgan was accomplished (and perhaps cocky) enough to speak of mentoring the great Joe Henderson, who at 26 was just beginning to play dates with Blue Note after getting out of the military. Henderson makes a major contribution to the album, especially on “Totem Pole,” where his solos showed off his singular style, threatening to upstage Morgan, who is also fairly impressive here. Barry Harris, Bob Cranshaw, and Billy Higgins are all in good form throughout the album as well, and the group works together seamlessly to create an album that crackles with energy while maintaining a stylish flow. 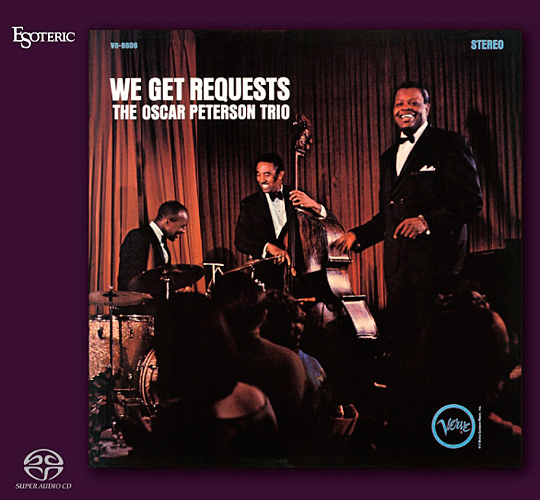 Pianist Oscar Peterson has long been such a consistent performer that none of his records are throwaways, but this particular set is weaker than most. Since several of the songs are the type that in the mid-’60s would get requested (such as “People,” “The Girl from Ipanema,” and “The Days of Wine and Roses”), the program would not seem to have much potential, but Peterson mostly uplifts the material (although not much could be done with “People”) and adds a few songs (such as his own “Goodbye, J.D.” and John Lewis’ “D & E”). Overall, this is a reasonably enjoyable Oscar Peterson session, featuring bassist Ray Brown and drummer Ed Thigpen.