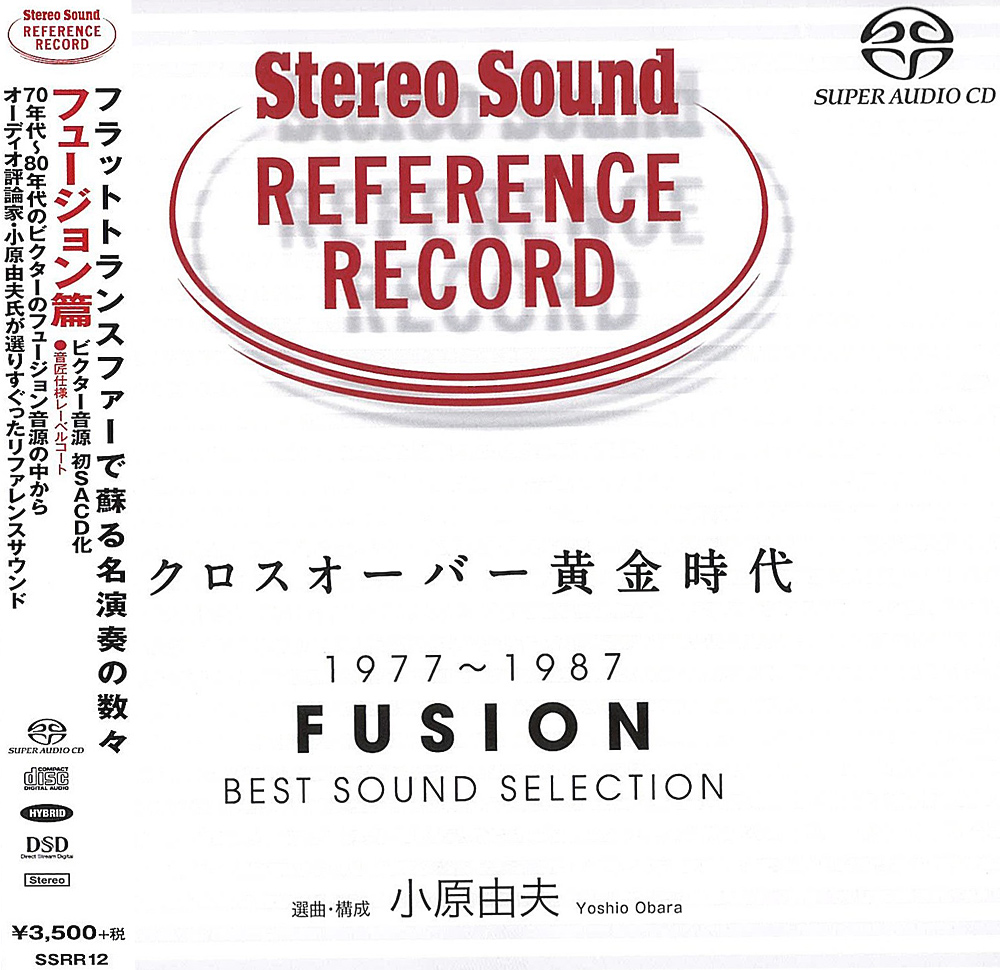 “Golden Age of Crossover” is a compilation of fusion music selected by Japanese audio critic, Yoshio Obara. With the cooperation of JVC/Kenwood Victor Entertainment, Obara has carefully chosen 13 tunes of Japanese fusion — all of which are his favorites from school days — from its music list, especially from those recognized their excellence in sound creation. This new disc by Stereo Sound label have been released under label’s “Critics Series” mark, that have been produced as reference discs for the auditioning of audio components and are one of well-received “Reference Record Collections”.

What is special about this disc is that the chosen tunes, which were issued from 1977 to 1987, include the ones composed by overseas artists or the ones recorded at the studio abroad, and in some tunes Japanese and overseas artists are playing vying each other. For these backdrops, the disc has “Crossover” for its name. While modern compilation albums are often produced from digital source, 12 out of 13 tunes of this disc were transferred from the authentic analog master tapes.

With the presence of Obara, mastering of the disc (a hybrid SACD) was done by Tsuyoshi Hakamada who is an engineer of mastering studio FLAIR, supervised by Hideo Takada who used be a sound producer and recording engineer of the VICTOR STUDIO and engaged in the original recordings of 5 tunes included in this disc. The fact is that “Golden Age of Crossover” has become the first SACD for the JVC/KENWOOD Victor Entertainment. It would also be an enough reason for music lovers to listen to.

The masters used for the standard CD audio format on the top layer are the same ones from which the “K2HD PRO MASTERING” series were transferred; different masters were used for the higher-fidelity SACD format on the bottom layer. In the accompanying liner notes, Obara commented on what was the impetus to have a liking for the fusion music, each tune’s high spot, and on a blissful moment to listen to the greatest tunes of fusion music in Japan on a finely tuned audio system.