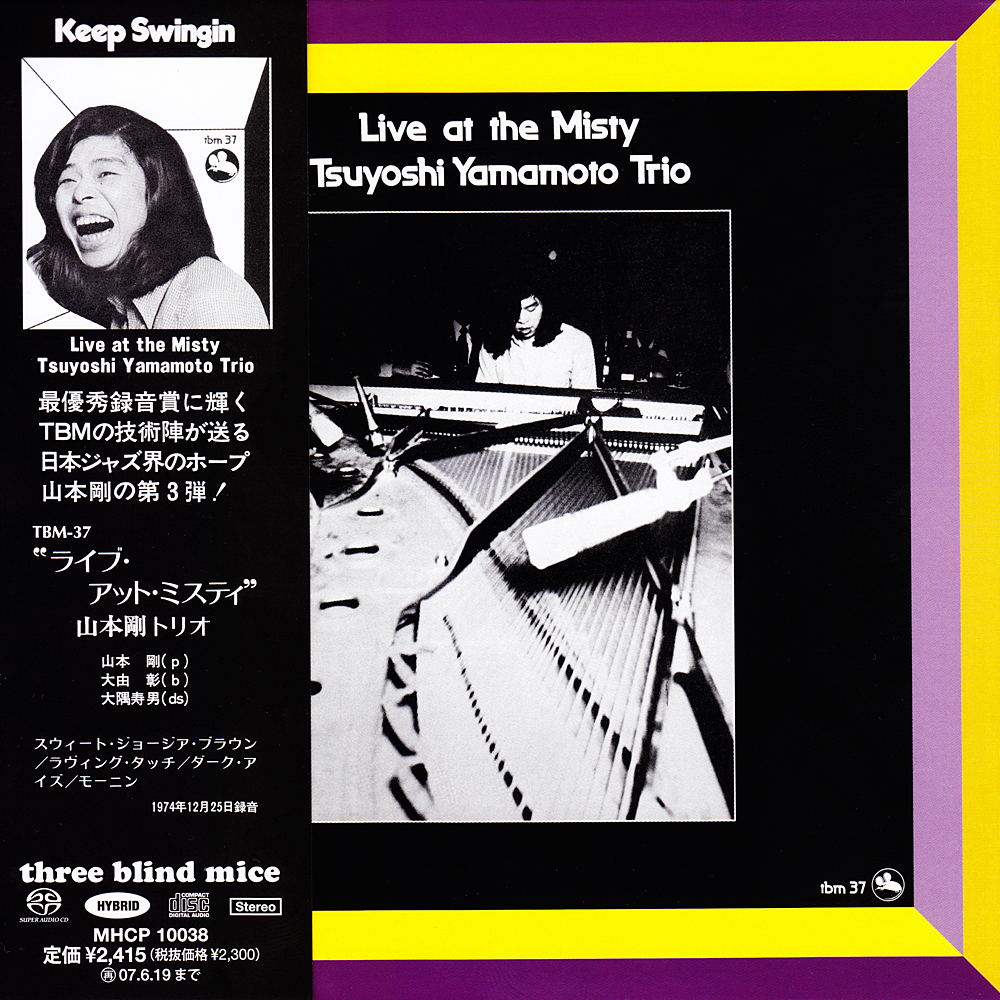 From January to December 1974, pianist Tsuyoshi Yamamoto and his trio performed daily in a jazz club called Misty that had a full-size New York Steinway concert grand. Producer of Three Blind Mice Takeshi Fujii heard him there, fell in love, and made his hugely successful debut album Midnight Sugar in the spring of the same year. Yamamoto had already recorded his second album Misty, and his year at Misty was winding down. For the third album to be recorded in a year, Fujii decided to capture the trio live in their “everyday setting.”

On Christmas day, 1974, the trio with guest conga player brought the house down with uplifting numbers and soulful ballads. Engineer Yoshihiko Kannari used just six microphones for all instruments, and three for capturing the sounds of the audience. The result is a remarkable, groovy live recording with a strong “you are there” feeling.