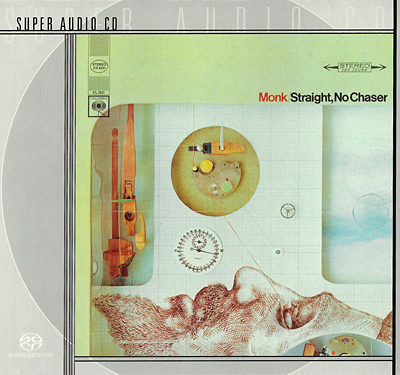 This is the sixth studio album cut by Thelonious Monk under the production/direction of Teo Macero for Columbia and as such should not be confused with the original motion picture soundtrack to the 1988 film of the same name. The band featured here includes: Monk (piano), Charlie Rouse (tenor sax), Ben Riley (drums), and Larry Gales (bass). This would be the final quartet Monk would assemble to record with in the studio. While far from being somber, this unit retained a mature flavor which would likewise place Monk’s solos in a completely new context. At times, this adaptation presents itself more subtly than others. For instance, Monk’s extended solo in “Locomotive” never reaches beyond itself due in part to the tempo-laden rhythm section. The contrast of styles, however, appreciates the caliber of this particular solo, including an obvious assertion by Monk which leads the band, albeit temporarily, into playing double-time. Other recommended quartet selections on this disc include a liberated version of the title track, which highlights some stellar interaction between Monk and Rouse. The same can be said for “We See,” which features the hardest bop on the album. In addition to the quartet sides, Straight, No Chaser contains two unaccompanied piano solos: “Between the Devil and the Deep Blue Sea” and “This Is My Story, This Is My Song.” [The original disc only included six performances, half of which were edited due to the stringent time constraints of vinyl; subsequent reissues not only restored all of the previously abridged performances, but also added a trio of sides, two of which (“I Didn’t Know About You: Take 1” and “Green Chimneys”) are issued here for the first time.]