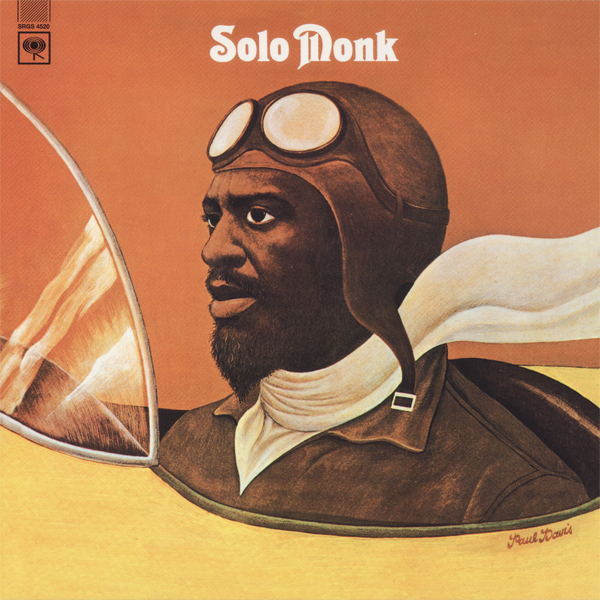 “Solo Monk” is the eighth album Thelonious Monk originally released for Columbia Records in 1965. The album is composed entirely of solo piano work by Monk. In addition to various vinyl and CD issues, Sony Music issued an SACD in Japan.

The mystery and haunting angular beauty of Thelonious Monk’s unadorned keyboard sides are the focus of Solo Monk. As if holding the history of jazz in his hands, Monk’s solo recordings and performances from every phase of his career remain pure. The components of what made Monk such an uncompromising composer, arranger, and especially bandmember are evident in every note he plays. The disc includes both Monk originals as well as several covers of pop music standards. A majority of these sides were cut during a West Coast swing in late October and early November 1964. This highly productive jaunt would likewise yield two live releases: Live at the It Club and Live at the Jazz Workshop; both would feature Monk’s quartet. On an emotional level, however, these sides arguably surpass many of the band recordings. “Sweet and Lovely” contains several passages that are played with the command and intensity usually demanded of a classical work. The intense yet sophisticated chord progressions that punctuate “Ruby, My Dear” transform what once were simple pop melodies into unaccompanied rhapsodies. Monk transforms the solitude of “Everything Happens to Me” into a minor bop masterpiece replete with his signature disjointed phrasings and variable pacing.