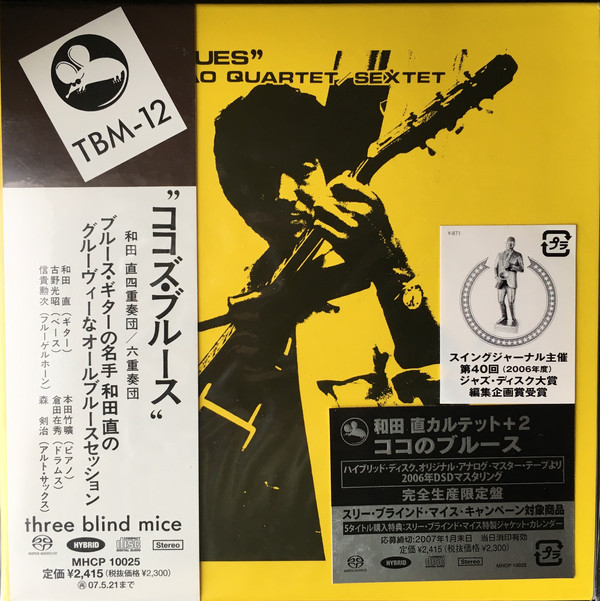 Self-taught musician, Sunao Wada began playing the guitar at the age of 11, and at an early stage of his career decided to become the “No. 1 blues guitarist in Japan”. Recorded in 1972, Coco’s Blues, named after the jazz club Wada manages in addition to his concert tours, fulfills the desire of producer “Tee” Fujii, to create an all-blues album, “a quality piece of music that truly expresses artists’ emotions”.

Coco’s Blues is Wada’s first leader album, and an all-blues album at that, recorded in 1972. Three numbers were composed by Wada himself, one by the pianist of the session who is also known for his blues chops, and one by Charlie Parker (“Billie’s Bounce”). Alto sax player Kenji Mori and flugel horn player Kunji Shigi join the quartet and stretch out on two numbers. If you have a slightest doubt as to whether a Japanese guitarist can really play the blues – here’s the only one answer: Listen!