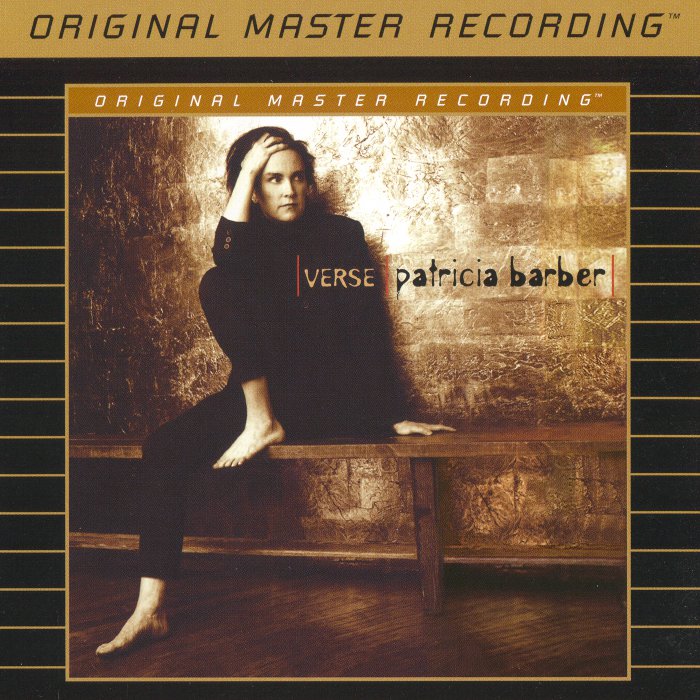 Pianist/vocalist Patricia Barber is the Alanis Morissette of the jazz world. Her serpentine, poetic songs teeter between deftly witty and awkwardly Latinate. Each album is more ambitious than the last, taking her deeper into avant-garde territory both lyrically and instrumentally. Verse is no exception. Case in point: “I Could Eat Your Words,” a canny bit of word play in the tradition of “Peel Me a Grape,” in which Barber barely gets away with words like “provocation” and “syllogistically,” only to sum things up with the devastating line, “sip the spit from your bittersweet rhyme.” The indelible track here, though, has to be “If I Were Blue,” featuring the line, “If I were blue, like David Hockney’s pool/Dive into me and glide under a California sky/Inside your mouth and nose and eyes am I.” It’s perhaps the best thing Barber has ever written — it could be considered serious modern poetry if only it didn’t rhyme. About the biggest complaint one can lodge against Barber is her insistent denial of melody. Her voice is soft, almost matter-of-fact, and she more or less hints at singing. Obviously, lyrical intent is more important to Barber than how she carries a tune, and her voice does seem more suited to whispering torch songs cabaret-style, such as on “Dansons la Gigue,” than delivering any vocal gymnastics. It’s just that sometimes her songs could be showcased better with a consistently delivered vocal melody. However, she makes up for her lack of sonorousness (to use a Barber kind of word) with intricate musical arrangements, this time around augmented by the Miles Davis-cum-Lester Bowie trumpet of Dave Douglas. Barber’s is a world of cloaked intentions, and Douglas’ playful vibrato works like the flame of a candle illuminating her soft, shadowy corners.