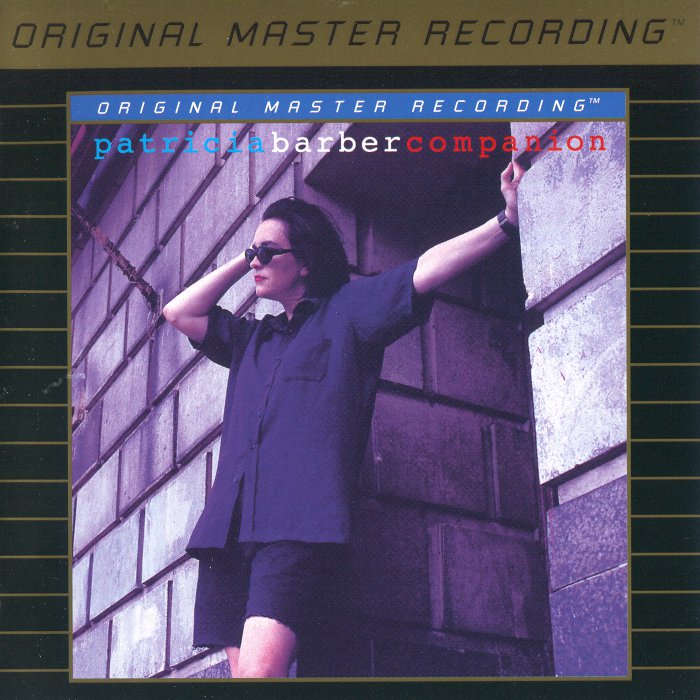 Companion was recorded in a special three-night series of shows in July, 1999 at Chicago’s famed Green Mill jazz club — an unusually short amount of time to produce a live album. To mine as much material as possible from those nights the performances were run more like recording sessions than live shows, with the crowd reverently hushed. Patricia Barber is in her element and the only thing that seems to have suffered for the recording circumstances is the album’s length — at seven songs and 40 minutes, it walks the line between standard EP and full-length size. One surmises that it might have been longer had there been more album-quality material from the performances. Recalling the energy that was present on her critically worshipped Café Blue album, there is an ease and creativity on Companion which makes her fans’ devotion understandable. Barber has been criticized for being a jazz singer in the loosest sense — her style borrows heavily from R&B and she often covers pop songs (Sonny Bono’s “The Beat Goes On” is a sheer stylish delight), and her song “If This Isn’t Jazz” answers that criticism with a thumb to the nose. What many critics fail to notice, however, is the strength of her musicianship. Sexism within the industry keeps many from seeing female jazz performers playing roles other than those of vocalists — Barber’s warm, breathy voice and creative phrasing are wonderful, for sure, but what really shines are her arrangements. With a talented band behind her, on Companion Barber has made magic with her compositions, her piano playing, and yes, her voice. Intended to be a companion to Modern Cool, this album of mostly previously unrecorded material serves as an excellent introduction to all of her work.