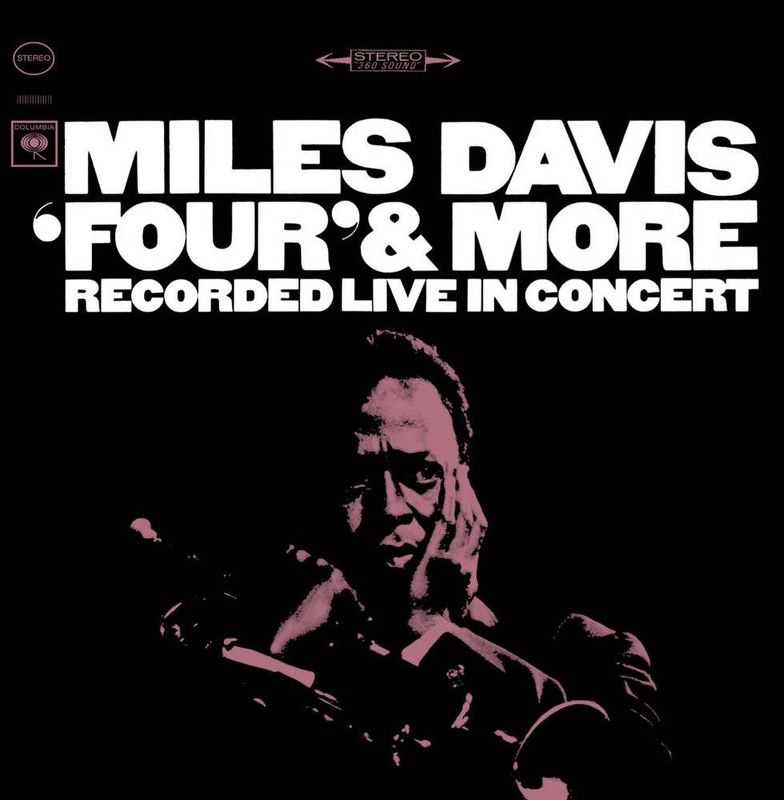 ‘Four’ & More: Recorded Live in Concert is a live album by Miles Davis, recorded at the Philharmonic Hall of Lincoln Center, New York City, NY on February 12, 1964, but not released until 1966. Two albums were assembled from the concert recording: the up-tempo pieces were issued on this album, while My Funny Valentine consists of the slow and medium-tempo numbers.

In an odd bit of programming, Columbia placed the ballads from Miles Davis’ February 12, 1964, concert on My Funny Valentine and the uptempo romps on this LP. Davis, probably a bit bored by some of his repertoire and energized by the teenage Tony Williams’ drumming, performed many of his standards at an increasingly faster pace as time went on. These versions of “So What,” “Walkin’,” “Four,” “Joshua,” “Seven Steps to Heaven,” and even “There Is No Greater Love” are remarkably rapid, with the themes quickly thrown out before Davis, George Coleman, and Herbie Hancock take their solos. Highly recommended and rather exciting music, it’s one of the last times Davis would be documented playing a full set of standards.

Recorded on February 12, 1964 at the Philharmonic Hall of Lincoln Center, NYC.