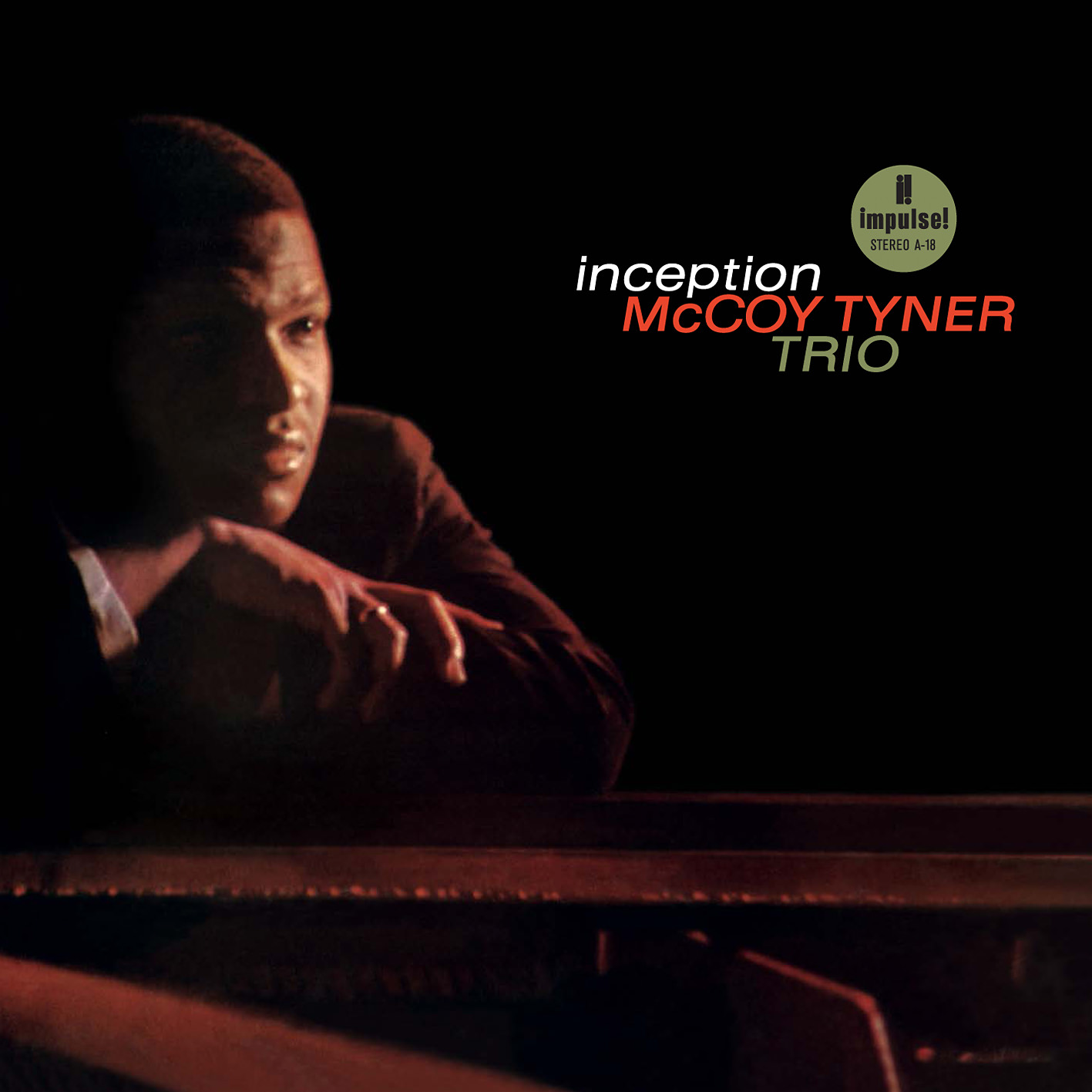 “Inception” is McCoy Tyner’s debut album, released on Impulse! in 1962. His trio members on this session are Art Davis on bass and Elvin Jones on drums, all three working outside the confines of John Coltrane’s quartet. Four of the six songs on this recording are Tyner originals; Effendi, the lovely ballad Sunset and the title tune have all been called “standout pieces” by JazzTimes.com.

Those familiar with the dense, percussive style that pianist McCoy Tyner has cultivated since the 1970s onwards may be surprised by what they hear on Inception. Like Reaching Fourth and Nights of Ballads and Blues, this album gives listeners the chance to hear what a very young Tyner sounded like outside the confines of the classic John Coltrane quartet of the early ’60s; it reveals a lyrical approach to jazz piano that seems a far cry from Tyner’s mature style. The choice of material is fairly evenly split between modal pieces like “Inception” and more harmonically involved tunes like “Speak Low,” and the pianist’s treatment of both demonstrates the extent to which his early work was rooted in bebop. Tyner had yet to develop the massive orchestral sound and highly distinctive vocabulary of modal licks that would mark his later style, and throughout this album he spins dizzyingly long and singing lines with an exquisitely light touch. The irresistible rush of forward momentum that he maintains on tracks like “Effendi” and “Blues for Gwen” is breathtaking, and there is an exuberant, almost athletic quality to much of his solo work. Bassist Art Davis and drummer Elvin Jones provide superb accompaniment throughout, and they lay a solid rhythmic foundation for Tyner’s sparkling melodic flights. The pianist’s penchant for drama, which asserts itself more strongly in his later work, is on brief display in the original ballad “Sunset”; his skills as an arranger, though evident on several tracks, are perhaps best illustrated by the intricate contrapuntal treatment of “There Is No Greater Love”.