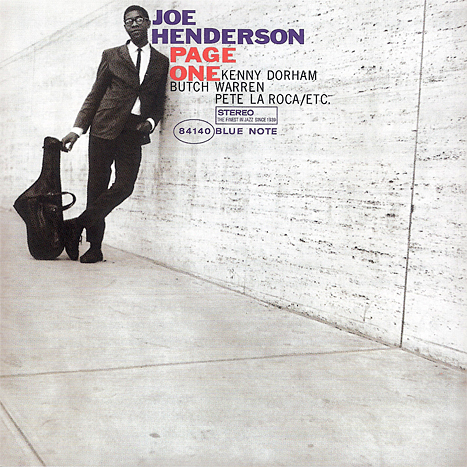 The title Page One is fitting for this disc, as it marks the beginning of the first chapter in the long career of tenor man Joe Henderson. And what a beginning it is; no less than Kenny Dorham, McCoy Tyner, Butch Warren, and Pete La Roca join the saxophonist for a stunning set that includes “Blue Bossa” and “Recorda Me,” two works that would be forever associated with Henderson. Both are bossa novas that offer a hip alternative to the easy listening Brazilian trend that would become popular with the masses. Henderson and Dorham make an ideal pair on these and other choice cuts like the blistering “Homestretch” and the engaging swinger “Jinrikisha.” These both show the already mature compositional prowess that would become Henderson’s trademark throughout his legendary career. The final blues number, “Out of the Night,” features powerful work by the leader that only hints of things to come in subsequent chapters.