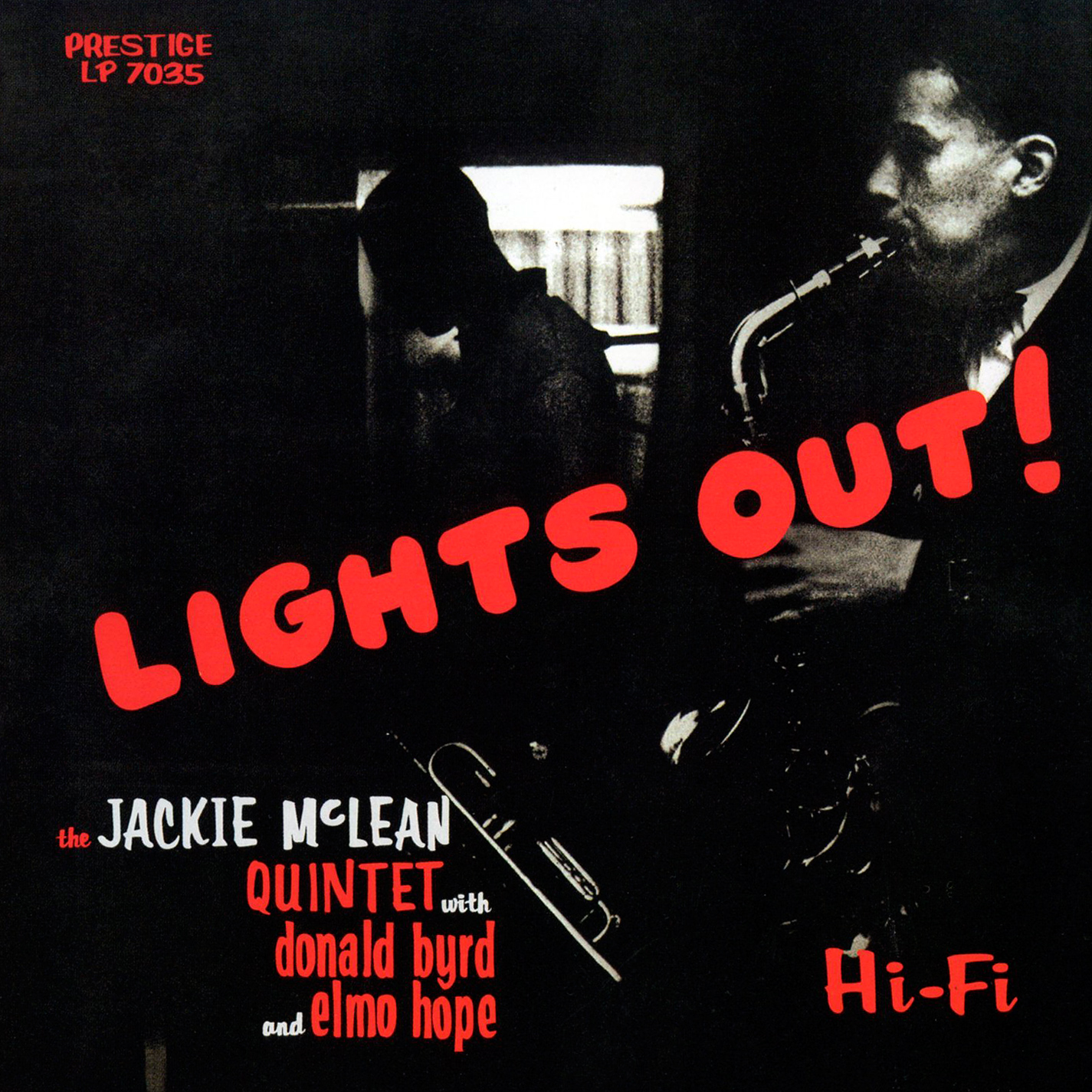 Altoist Jackie McLean’s second session as a leader is reissued on this SACD. The music that he makes with trumpeter Donald Byrd, pianist Elmo Hope, bassist Doug Watkins and drummer Art Taylor is essentially hard bop with fairly simple (or in some cases nonexistent) melody statements preceding two romps through the “I Got Rhythm” chord changes, a pair of blues, a thinly disguised “Embraceable You” and a straightforward version of “A Foggy Day”. Enjoyable if not really essential music from the up-and-coming altoist.

A perpetual favorite among Jackie McLean’s earlier recordings, Lights Out finds the hard-swinging young alto saxophonist in 1956 still very much under the wing of Charlie Parker, who had died less than a year earlier. Yet McLean was beginning to find ways out of the seductive artistic security of Bird imitations. For one thing, he was experimenting with tonal variations. For another, he was working with Charles Mingus, and Mingus’s genius as a leader included forcing musicians to look deeply into their most cherished stylistic practices. The McLean of Lights Out is the hot young bebopper with a slightly acid edge to his sound and a solid blues foundation under everything he played. McLean and trumpeter Donald Byrd occasionally engage in the “pecking” technique of mutual improvisation they developed as members of the George Wallington Quintet.