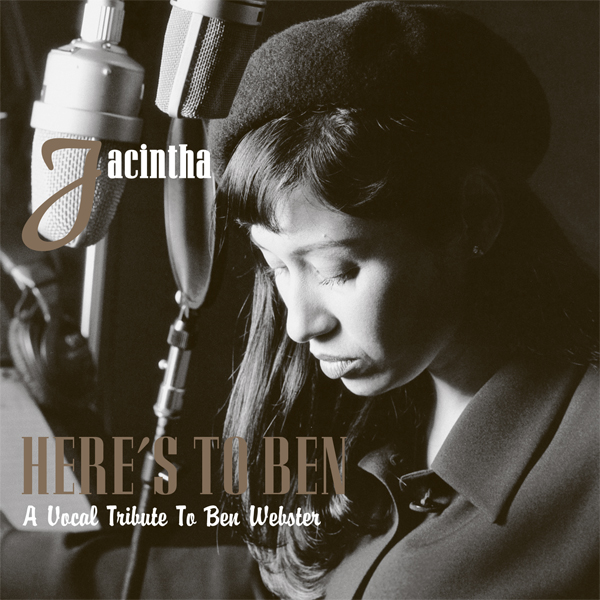 When you link your musical objective to a jazz icon like Ben Webster, certain expectations are created and, as here, rarely are these expectations met. Certainly, Jacintha sings songs Webster played, and she sings them very nicely. But there’s none of the raspy timbre in her voice that made Webster’s saxophone immediately recognizable. Jacintha confuses raspy with singing softly. She and the producers would have been better served by presenting these songs as hers, not Webster’s. The focus then would be where it belongs (i.e., what she does with these classics). With excellent pitch, good diction, and sensitive interpretations of the lyrics, she makes these songs her own. One highlight is her a cappella treatment of “Danny Boy.” Throughout the session, Jacintha receives solid support from veteran Teddy Edwards’ blues-drenched saxophone (he’s a lot closer to Webster than Jacintha is). He and Jacintha work well together, as on “How Long Has This Been Going On?” The venerable drummer Larance Marable and bass player Darek Oles combine to lay a solid, sensitive foundation for the proceedings. Oles’ bass is especially prominent on “Over the Rainbow.” Former Miles Davis pianist Kei Akagi is a capable accompanist. This album is a solid enough effort solely on the strength of Jacintha’s natural talent. The obeisance to Webster was not only unnecessary, but distracting. –AllMusic Review by Dave Nathan