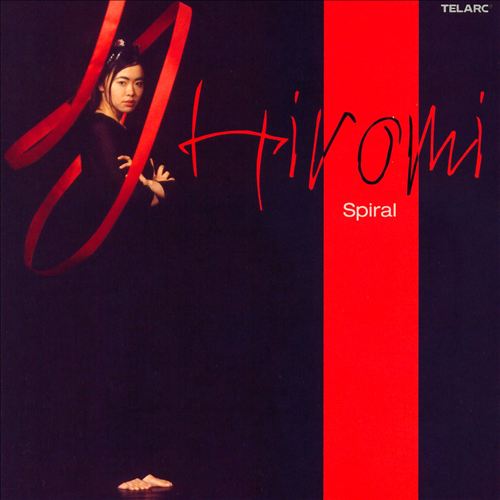 Hiromi Uehara (上原ひろみ), known as Hiromi, is a jazz composer and pianist born in Hamamatsu, Japan. She is known for her virtuosic technique, energetic live performances and blend of musical genres such as post-bop, progressive rock, classical and fusion in her compositions.

With the release of Spiral, the award-winning pianist/composer Hiromi Uehara stands at the threshold of limitless possibility. Her third trio recording in as many years finds her in the familiar company of drummer Martin Valihora and bass player Tony Grey, but the CD itself goes beyond expectations. It features all original compositions, including the 28-minute”Music for a Three-Piece Orchestra,” a suite of four tracks — “Open Door/Tuning/Prologue,” “Déjà Vu,” “Reverse,” and “Edge” — that spotlight Hiromi’s formidable technique and impressive compositional skills. The suite was inspired by Hiromi’s desire to expand the sound of her trio into orchestral spaces and to give her listeners an intense listening experience. By contrast, the highly energetic “Return of Kung-Fu World Champion” captures the essence of the trio in a smaller, jazz-rock fusion format that kicks with the same excitement as a martial arts tournament. The title track “Spiral” alternates between improvisation and carefully crafted jazz elements, while the delicate comping chords heard on “Love and Laughter” are a sure indication of jazz giant Ahmad Jamal’s positive influence as a mentor. Both songs beautifully captivate and induce your imagination to spiral toward the trio’s interplay, flurry of notes, and aural qualities. Overall, Spiral exceeds the standards set by Hiromi’s previous releases, Another Mind and Brain, and should garner her a wider audience. [This Hybrid Disc edition features discreet, multi-channel surround in addition to both standard stereo and SACD-stereo playback].