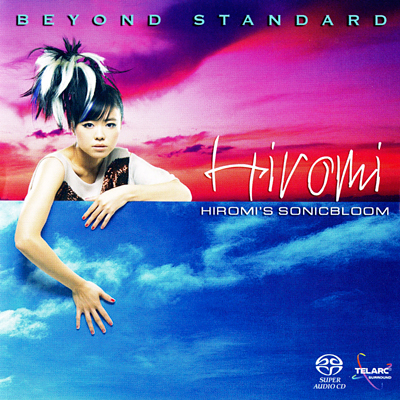 After four Telarc albums dedicated to original material, keyboardist Hiromi Uehara and her talented Sonicbloom trio tackle that most treasured of jazz traditions, the standard. Only 27 when this was recorded in 2008, her song choices and execution are less orthodox than other jazz artists’, hence the album’s intriguing title. The pops and clicks of an old vinyl record intro the proceedings, which officially kick off with a smooth rendition of Oscar Hammerstein’s “Softly As in a Morning Sunrise.” While it’s not unrecognizable from the original, bassist Tony Grey quickly steers into a solo that shifts the approach to improvisation and fusion-tinged waters, followed by Hiromi and guitarist David Fiuczynski trading licks. Ultimately the melody becomes obscured by the magnificent playing, as is typical of the jazz approach to interpretations. Debussy’s “Clair de Lune” is handled in a more traditional swinging style that soon shifts into slightly experimental territory with a hyperactive take on the Duke Ellington chestnut “Caravan.” Again Fiuczynski’s nimble guitar commands attention, twisting notes, playing with time and driving the arrangement, with Hiromi’s acoustic piano coming in later as the nearly nine-minute performance winds through its changes. Hiromi’s flying fingers and percussive attack are matched by Martin Valihora’s lively drum work. Some song choices are more unusual, with a funky “Sukiyaki” (listed by its original Japanese title “Ue Wo Muite Aruko”), Hiromi covering herself on “XYG” (the original “XYZ” substitutes “G” for added guitar) and Jeff Beck’s “Led Boots,” where Hiromi pulls out the synths and electric piano and plunges into full bore electrified fusion. She pays tribute to John Coltrane with “My Favorite Things” as she and the band slide and sidestep around the chorus and chords. She closes the hour-long disc with a solo “I’ve Got Rhythm,” which features her hyperventilating speedy runs. It’s a classy, impressive set that displays Hiromi’s obvious talents on keyboards, but also her commendable ability to integrate solos into the band format without losing the thread of the original song’s structure. Co-billing her talented Sonicbloom musicians is well earned, since they are nearly as much a part of this album’s success as its star.