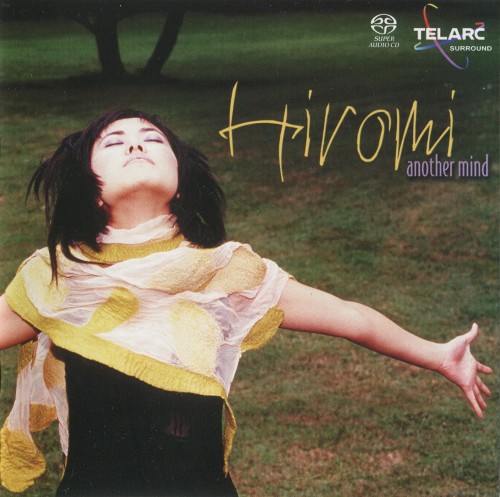 On the back of the CD case is a photo that is basically a heads-up as to what you can expect from this debut album by 23-year-old jazz pianist Hiromi Uehara. She is standing outside wearing a black dress and a strange yellow-and-white wrap. Her face is turned up to the sky, her eyes and mouth closed, her jaw clenched; her arms are held straight down by her sides with her fingers splayed wide. It’s a stance that bespeaks intense energy and a certain defiance. Most of the music contained in the CD seems to have been made in a similar attitude, for better and, occasionally, for worse. Uehara plays with an almost demonic energy and amazing stamina; on a program that consists entirely of original compositions, most of them delivered in a standard piano trio format, she zips from style to style with a sense of urgency that borders at times on the manic. Her propulsive “XYZ” opens the album with churning intensity; “Double Personality” finds her alternating between nearly harmolodic free improvisation and carefully composed modern jazz; “Joy” offers a gentle breath of fresh air before she resumes her headlong musical charge. The album ends with a bonus track, an unaccompanied piano piece called “The Tom and Jerry Show,” which alternates between loopy, Carl Stalling-esque avant-gardism and high-speed ragtime. By the end of this album you’ll be tired, but it’s a good tired. Heaven only knows what her next album will sound like, but the laws of physics would seem to dictate that she’ll have to slow down a bit.