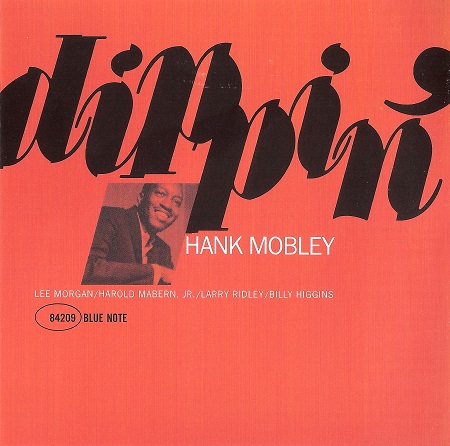 Dippin’ is one of Hank Mobley’s finer moments, even considering that his entire Blue Note catalog is masterful, particularly his 1960s dates that reveal the depth and dimension of his understanding of harmonic invention — all in the name of groove and swing, of course. This date, recorded on a single day in June of 1965, netted four Mobley originals as well as two covers. The band included trumpeter Lee Morgan, pianist Harold Mabern, bassist Larry Ridley, and drummer Billy Higgins. The two-horn front line always served Mobley well. Here, with Morgan, the groove commences from the first notes of the title cut that opens the set. The short bluesy lines burst from the horns, and are turned inside out with elegant yet knotty lines that move the tune almost into pop territory but never venture far from the blues. The sprightly “Recado Bossa Nova,” written by Djalma Ferreira, moves the band outside its comfort zone rhythmically, but Mobley’s horn chart is brilliant. Higgins and Ridley keep the bossa groove natural and steaming as the soloists begin taking the tune apart and putting it back together. There is one ballad on the set, “I See Your Face Before Me” composed by Arthur Schwartz and Howard Dietz. On it, Mobley does his best Ben Webster, blowing low and smoky and sweet, but the truth is that it doesn’t belong on a program with so many hard bop swingers. The rest of the session is a pure joy and a fine document of Mobley’s abilities as a bandleader and composer.